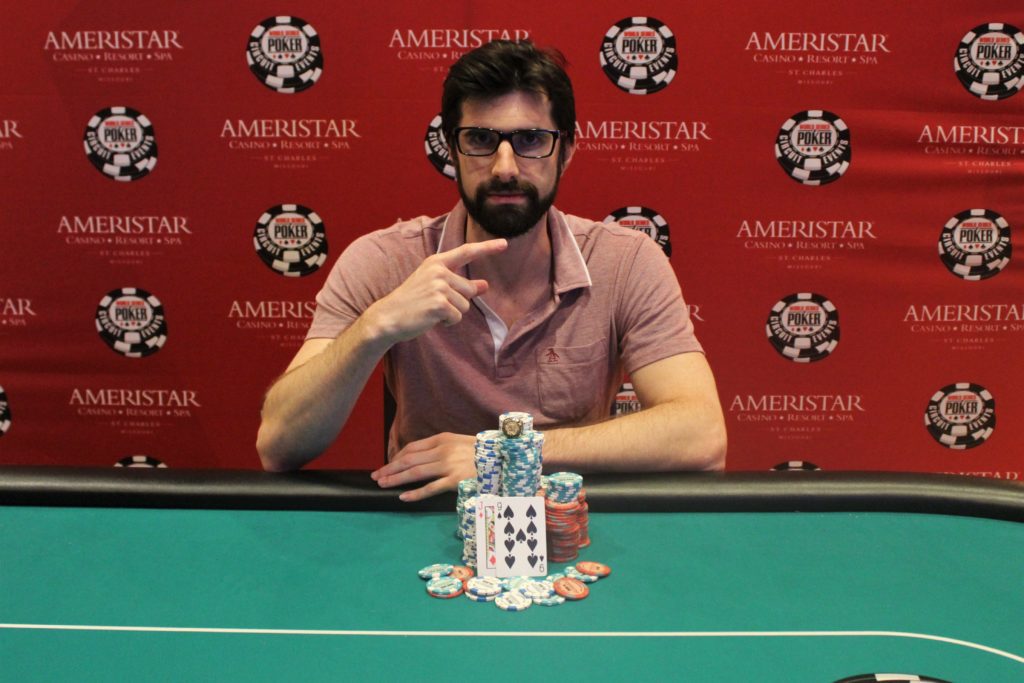 After a four-year hiatus, the World Series of Poker Circuit returned to the St. Louis area. Its last stint in Missouri came in February 2015 at Lumiere Place. This time around, the WSOPC was back in action just outside of St. Louis County at Ameristar St. Charles.

Ameristar’s WSOPC debut boasted $1M in guarantees and 13 ring events in a matter of 12 days. A total of 3,751 entries were logged during the tournament series, which was highlighted by repeat winners and an exciting, points-fueled Casino Champ race.

The main event went to Scott Hall, who topped a 414-entry field to capture the title, $130,667 and his first WSOPC ring. He also earns a seat in the season-ending Global Championship.

Kicking off the series, though, was a one-day, doublestack event. Out of the 206-player field, Carlos Loving took down Event 1, claiming his third WSOPC ring and $16,622. Loving came up from his home turf of Tampa, partially to avoid any hurricane weather, and he was not the only Floridian to do so.

Pro and circuit regular Jeffrey Trudeau Jr. was born in St. Louis, but has been based out of Florida for some time. Coming back to his origin state, Trudeau wasted no time in making some noise. His first deep run came in Event 2: $400 no-limit hold’em.

The four-day event reeled in a combined 1,093 entries between five starting flights. In the end, it boiled down to Trudeau and Cory Bogert for the title. Trudeau ultimately fell as the runner-up, but it was just the start to his significant series.

Bogert took down the sizable tourney for his first ring and right around $50K in prize money. A couple of days later, the 28-year-old student returned to the winner’s circle by skillfully closing out Event 5 in his preferred game, pot-limit Omaha.

Next came Rob Keeling out of Portland, Mo. Keeling cruised to a first-place finish in Event 7: $400 NLHE, grabbing his first ring and $10,021. The next day, Keeling entered in the Monster Stack, Event 8. After surviving Day 1, he went on to Day 2 where he ascended to the top spot again for another ring and $21,357 payout.

On top of another final table in Event 3, Keeling becoming the second repeat champion of the series and catapulted him over Bogert on the leaderboard.

But Trudeau came back in Event 9: $600 NLHE. The five-time WSOPC title-holder made his third final table of the series and seized ring No. 6.

But it was Jerod Smith of St. Louis that had five cashes, all coming from final-table finishes, to win the Casino Champ title.

“I mean, it was a mixture of running good, small fields here and it being my home casino. A lot of players I knew. So, kind of knew how to exploit who to raise against, who to… you know, whatever,” Smith said, touching on his unyielding success.