Meyer took home the crown when he knocked out Steve Wazwaz ($52,696) after a tense two-hour heads-up match. Meyer’s preflop all-in with a pair of 10s held up vs. Wazwaz’s K-J.

GRAND FALLS CASINO: The Mid-States Poker Tour returns to Iowa with a $150K guarantee with a regional event near Sioux Falls, S.D., Sept. 6-8.

CATFISH BEND CASINO: The Burlington property is mixing it up with weekly Omaha and stud games as well as a couple of mixed games featuring rounds of hold’em, Omaha and Omaha/8. Sept. 1 is a $150 Labor Day tournament.

The WSOP main event drew 8,569 entries, of which all 50 states were represented in the 6,110 players that came from the United States. Of those, 40 came from Wisconsin.

As far as promotions, pending approval, every time the Bears score a touchdown during the season, it triggers a payout to a random player in a cash game. It starts at $25 and increases by $25 with each TD. Last year, the poker room paid $33K-plus.

WSOP: Kevin Maahs became the fifth player from Chicagoland to make a WSOP main-event final table, finishing fifth for $2.2M. Playing in his first main event, the 27-year-old has 10 cashes locally and in Milwaukee.

Jill Bryant was the last remaining woman on Day 5 of the main event, finishing 116th for almost $60K. The self-taught poker pro from Aurora started playing at charity events, then advanced as one of Chicagoland’s top players, winning the Chicago Classic’s opener in 2011 and WSOPC seniors this year at Milwaukee.

This cash was Nuthak’s largest of his career, more than 10 times larger his second-best cash. The $280 tournament had a $161,099 prize pool.

CANTERBURY PARK: Chuck Costanzo of Shakopee won the $340 Superstack in early July. Costanzo held the lead when the tournament ended in a six-way chop for $4,914. The tournament drew 128 entries for a $37,248 prize pool. Also, Canterbury closed July with the Summer Series. Barbara Blechinger of Lake Elmo earned $8,545 after beating a field of 152 entries in the $250 doublestack; Paul Carney of Bloomington pocketed $5,560 for winning the $300 black-chip bounty event.

WSOP: There were 177 Minnesotans who cashed a total of 275 times, earning $2.5M-plus at the World Series of Poker over the summer. Derek McMaster won a bracelet while Jared Koppel and Tara Cain each had a runner-up finish. Minnesotans made eight appearances at final tables. Ryan Laplante cashed 11 times, Aaron Johnson nine and Everett Carlton seven.

The event had $20K prize pool and overall raised more than $50K. A portion of the proceeds will be donated to the Cleveland Metropolitan School District.

SGGF executive director Melissa Persaud commended the casino staff and there has been some discussion of another SGGF tournament, most likely in Las Vegas.

RIVERS CASINO PITTSBURGH: WPT DeepStacks visits Oct. 17-28. The $1,100 main event has a $300K guarantee and satellites will be available. 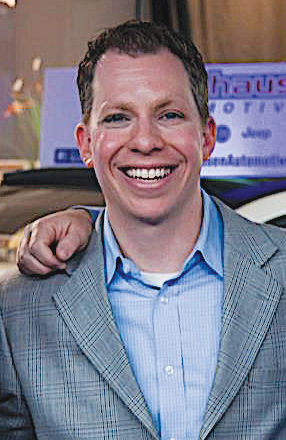 For the past decade, Jason Finn has been the host of Windy City Poker Championship. He’s also a father of two and  manages a real-estate business and runs a digital marketing agency. He helps charities raise money from poker events and founded Chicagoland’s largest and oldest online poker group, Chicago Poker Club. When he finds free time, he can be found traveling with his family or playing poker.

How did you start playing poker? In 2003-04, I was commuting from Chicago to Indianapolis. I lived at the Westin three or four nights a week. I started playing poker, with another half-dozen or so traveling consultants, every Wednesday night. We’d play five-card draw, stud, Follow the Queen, and Midnight Baseball.

Around that time, the WPT launched on television, for the first time showing players’ hole cards as they played Texas Hold’em. We started sprinkling hold’em into our weekly dealer’s choice game. When Chris Moneymaker won the main event of the WSOP, we were all hooked and we started playing poker 94.5 percent of the time.

How’d you get hired by Windy City Poker Championship? (After) I launched ChicagoPokerClub.net, I met many poker enthusiasts, including Ante Up Ambassador Chicago Joe. He introduced me to WCPC Executive Producer Kirk Fallah. Joe told Kirk I was a ham, loved to entertain people and that I was a serious student of the game. Kirk invited me and Joe to do a hand analysis on the show and a few weeks later, invited me to be the full-time co-host. — Joe Giertuga