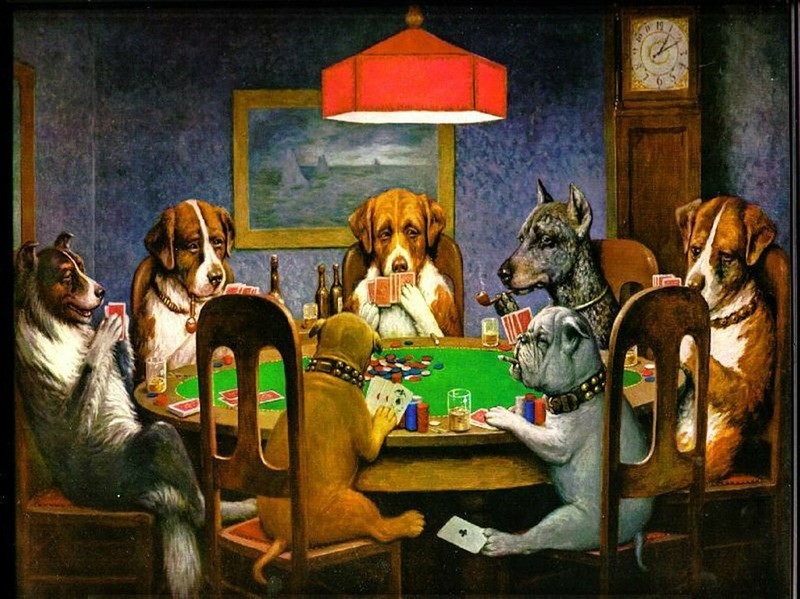 Since the great poker boom at the start of the millennium, the game now globally recognized as Texas hold’em poker has been one of the most popular card games in the world. Because of its popularity and the way in which poker is predominantly played, newcomers to Texas hold’em can find themselves struggling early on because they’re not given a chance to ease into the game. Luckily, there is a way in which beginners who want to get a better grasp of the game can practice in a less pressurized environment: casino hold’em.

Everyone wants to get into Texas hold’em

One of the reasons why poker is so popular these days is the establishment and rise of the World Series of Poker, with the competition itself becoming a major draw for any would-be poker professional due to its implementation of the Texas hold’em variant as the game for its Main Event. In 1972, iGaming.org reports, the Main Event was created using Texas hold’em and pulled in 12 players, which bounced up to 34 by 1977, and then the first 100-entrant event took place in 1982.

The most critical moment for the popularity of modern poker, however, is what’s known as the “poker boom,” which was the perfect storm of poker being made into a spectator sport, the movie Rounders, and likeable amateur player Chris Moneymaker winning the World Series of Poker in 2003. According to the World Series of Poker, Moneymaker’s momentous win was watched by millions around the world via ESPN, ushering an explosion in the increase of entrants and prize money available.

With poker being so popular, particularly Texas hold’em, and so accessible via the internet, more people are intrigued by the prospect of playing and wish to try their hand at the game. Learning the fundamentals of the game is relatively simple, but becoming an apt poker player takes practice, which is why Stephen Au-Yeung created the variant of casino hold’em.

While trying to teach his partner how to play Texas hold’em poker, Au-Yeung created a game which would not only keep the games competitive but also demonstrate the fundamentals. In casino hold’em the player only needs to beat the dealer: there aren’t any other players to compete against. Through this, players learn the card combinations, get a grasp for the probabilities, and don’t need to worry about the psychological side or the ability to read others as the dealers have set plays. Once the numerical skills have been mastered with casino hold’em, players can then progress onwards to learn all the other transferable skills commonly attributed to poker, such as interpersonal skills, pragmatism and deception.

As explained in this article on Towards Data Science, the mathematical side of poker isn’t the key to success, but it is incredibly useful in figuring out how to play and can be used against many opponents. In casino hold’em, this core skill can be learned and practiced to create the foundations of a strong poker player. From there, other elements like experience and your in-the-moment feel of the game will be key skills, but they are built upon the basic mathematical understanding of probability.

Casino hold’em has proven to be an effective learning tool for many would-be Texas hold’em poker players, getting increasingly popular and becoming available across all forms of gambling websites. From poker websites to multi-game platforms like Buzz Bingo which offers a variant, casino hold’em is included to help beginners get to grips and gain experience with the game of poker.

The key benefit to playing casino hold’em is that unlike many other casino card games, only one 52-card deck is in play, which allows the player to work out probabilities in the same way as in competitive Texas hold’em games. During play, casino hold’em follows the same stages as Texas hold’em, but only has the choices of raising to the set amount on each flop or folding if their hand isn’t good enough to continue. Then, wins are determined per the hand values of Texas hold’em poker.

Casino hold’em has emerged as the go-to game for beginners who want to learn Texas hold’em poker, with its mirrored play in an unpressurized environment being key to helping people improving their game.