Could the esports phenomenon suffer the same fate as online poker? 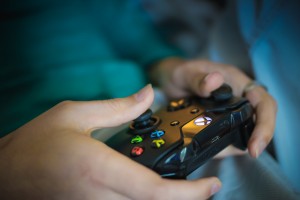 Over the past few years, many news headlines have been written about the rapid growth of esports. The phenomenon where people competitively play games like League of Legends and Counter Strike Global Offensive again each other has quickly grown to be a billion-dollar industry. But despite the impressive revenues created by esports, there are many within the industry who are concerned that competitive gaming could suffer the same fate as online poker.

All poker fans will know that online poker enjoyed a massive boom at the turn of the century. Thanks to the sudden success of the World Series of Poker, there was an explosion in the range of poker shows on television, and unsurprisingly an entire industry of sponsors, broadcasters, managers flocked in to take advantage of this phenomenon.

But as the governing bodies in the U.S. clamped down on the online poker clients, the card game found it difficult to maintain its upwards trajectory and now U.S. poker fans have to head to offshore sites in order to play against other people online.

While esports is largely enjoyed by gaming fans who merely like to play against friends or watch the on-screen action of pro gamers, there is a sizeable portion of esports enthusiasts who like to bet on the outcome of the gaming tournaments. Recently we have seen a wave of esports betting resources like the one here that allows people a safe and easy way to find odds for classic esports such as Counter Strike Global Offensive.

Such sites allow people to place bets with real money as if they were betting on a traditional sport such as football, basketball or tennis. But there are large numbers of Counter Strike fans who, rather than wager with real money, bet with skins instead. Skins betting means that gamers will collect and trade in-game items such as weapons or even clothing and use them as stakes for their bets.

While there are some legalized betting sites that facilitate a skins exchange system, most skins betting sites operate without a license and provide complete anonymity to the customer. This means that the skins betting market is largely unregulated and could be prone to the dangers of underage gambling.

As such, it’s a question of how long the government bodies allow this semi-legal industry to operate. Big game developers such as Valve clearly enjoy plenty more revenues thanks to the skin betting phenomenon, and while they never encourage their customers to bet with skins, they are careful not to harm the secondary industry that has grown around titles such as Counter Strike Global Offensive.

The skin betting phenomenon hasn’t just found success in esports. There has also been a wave of sites that allow something akin to traditional gambling, where customers can do the equivalent of wagering on the flip of a digital coin and the activity extends to a range of other casino games like roulette and even poker.

Conservative estimates reckoned that no less than $2 billion was staked on skins in esports matches in 2015. As a result, there has been an endless stream of sites that have attempted to meet this sudden demand.

While many of these sites have been quickly shut down through having a lack of regulation, there are still an alarming variety of skins betting sites that offer just about anybody the chance to trade skins to bet on anything from a massive esports match to a simple roulette game. But with growing calls for increased regulation, it seems as though esports may soon have to do without the revenues earned from skin gambling.