The History Of Slots 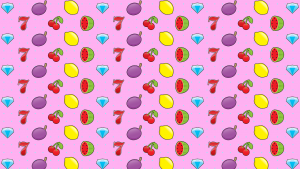 Technology and gambling are tightly connected. Gambling has been around since the beginning of our civilization, but for an activity that’s dynamic and eventful it changed only gradually, and one could say slowly, until the end of the 19th century. That’s when technology started playing a more significant role and gambling is more than tightly connected to technology ever since.

Namely, the 19th century is the period when the first slot machine was released and over the next decades slots became the most popular type of casino-style games. Nowadays, it is impossible to imagine gambling without slots, but more than a century ago slot machines were quite a new phenomenon. As with most technological novelties, slots weren’t accepted by everyone at first, in fact, many felt that they will never be as popular as Roulette, let alone achieve a higher degree of popularity.

The first online slot was a mechanic coin-operated game, invented by Charles August Fey, Bavarian-born American inventor. Fey invented and built few other slot machines in the next few years, but the most notable game that he came up with was the Liberty Bell, the first game that came with horseshoes, bells and card symbols on the reels.

The Liberty Bell & The Electromechanical Slots

These electromechanical slots were a lot more sophisticated than their predecessors and they came with features like coin-multipliers. The symbols on the reels remained pretty much the same, although their graphics have changed somewhat.

The first slot machine that featured a monitor, also known as a video slot became available in Las Vegas, during the 1970s and that changed everything. The video slot was the latest piece of technology of its era, but many were skeptical, thinking that a monitor cannot simulate real slot action, as the reels now were shown on a screen, as opposed to electromechanical and mechanical reels. It is pretty evident that this skepticism was unsubstantiated, after all, there are plenty of video slots today, and very few mechanical and electromechanical ones.

In that 1990s we saw the birth and rise of online casinos and online slots and that changed everything, forever. Again, many were skeptical that people would be reluctant to wager online for multiple reasons. Firstly, even if a slot machine is an individual game, when you’re in a casino you are surrounded by other people. Also, there were all sorts of security concerns regarding online gambling and people were cautious of online payments.

Nowadays, when we speak of slots, we usually mean online slots. While the old land-based video slots all looked alike and featured similar or the same symbols. There is a lot more variety and diversity online. It’s not just bells, sevens and bars, you can see leprechauns, pyramids, film characters, comic book heroes and pretty much everything that you can imagine. There are also retro slots made to look like the olden video slots from the 1980s, as well as slots that are inspired by old slots, but have been given a modern makeover, like Double Bubble. Should you wish to know more about this game, check out the Double Bubble review at SlotsWise.

The Future And What’s About To Come

It is probably hard to guess what the future holds and what will be the next big trend in the online gambling industry, but one probable guess is – virtual reality slots at virtual reality casinos. VR technology has already quite advanced when it comes to conventional video games, but it is yet to make a breakthrough in the online gambling world, even though there are already few live VR casinos and slots.

Are there people who are skeptical? Certainly. But what new phenomenon and technological advancement hasn’t been met with skepticism.