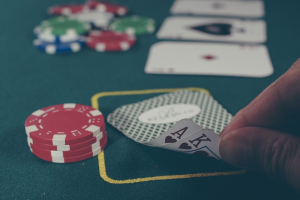 Scandinavia has produced some world-class poker players over the years, many of whom have managed to ascend to the highest echelons of the game’s international scene and triumph at major tournaments.

Here is a quick rundown of the most famous players from this region, along with some of the impressive feats they have accomplished in their careers.

A relatively recent arrival to the pro poker party, Jacobson made waves in 2014 when he walked away with an impressive $10 million for winning the main event at the World Series of Poker in Las Vegas.

His tournament success has netted him almost $17 million, and he has yet to be bested by any other Swedish player.

Of course, there is always room for a newcomer to step in and take his place. And with gaming sites like Casumobonus.se giving fledgling players in Sweden a place to cut their teeth, it is more likely than not that his star will be eclipsed in the long run.

Hailing from Norway, where licensed tournaments are legal, Stephensen is another young gun who just missed out on taking the WSOP title in the same year that Jacobson battled his way to victory.

With the best part of $6 million in winnings under his belt from real-world tournaments alone, he’s still a player to watch and is hoping to continue his ascent as he represents his country going forwards. With $300,000 in online winnings also reported, he is clearly a master of live events and digital poker platforms alike.

A decade has passed since this Danish titan won the WSOP Championship and walked away with a little more than $9 million. In the five years after his big win at the age of just 22, Eastgate went on to conquer a number of other big tournaments, adding another $2 million to his total earnings.

Although he still remains Denmark’s most successful player on paper, he hasn’t managed to make quite the same splash recently at events as he did in the early period of his career. That doesn’t mean he won’t make a major comeback at some point, but does show just how fickle poker can be, even for the biggest names around.

Finland is often categorized as one of the Scandinavian nations, even if this is somewhat up for debate. Whatever the case, it’s still worth mentioning Finnish player Patrik Antonius when talking about serious poker stars from the region.

Clocking up a tournament take-home total of $10.6 million, he’s still to be found playing high-stakes, big-money games from Vegas to Macau and beyond.

Interestingly enough, he tends to be more at home with cash games, rather than tournament-based face-offs with a set buy-in. Perhaps the motivation of having vast amounts of his own money on the line gives him the edge he needs to succeed?

Another Dane, Hansen may not quite have as much tournament-based cash under his belt as the aforementioned Eastgate, but he has the support of many loyal fans and is not only active on the live scene, but also in the world of online poker.

Indeed this is a player who helped to popularize a style of play that put the emphasis on making aggressive moves and bowling opponents over, rather than feeling them out and waiting for the right time to strike. Before online poker was a widespread phenomenon, this helped him trounce other players, most of whom had little experience of the game.