3 of the Most Common Casino Games 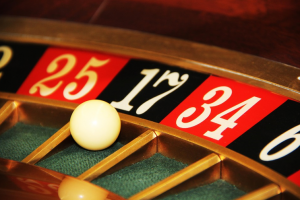 There are so many casino games out there waiting to play, with hundreds of different slots available to play. In this article, we’ll be telling you all about the games that are most popular, with players around the world.

Roulette
In terms of casino games, this is one of the tried-and-true ones that always makes the cut with players. This classic game has always been one of the staples of a casino, whether that’s a modern online one or a French parlor hundreds of years ago. This game combines mostly luck with a little bit of skill, too.

This game is popular with mainly French and American players, who each put their own spin on the game. The different versions of the game are played around the world, regardless if they originated in Europe or America. In terms of the money spent on gambling, France is the top contributor in Europe. As the originator of many of these classic gambling games, this is hardly surprising.
Great Britain follows behind as a close second, contributing massively to the industry. The taxation on the profits is higher in this country however.

Blackjack
In the United States, 19 percent of players ranked blackjack as one of their favorite casino games. This was second only to slots, which managed to take a whopping 61 percent of players. These games are much more varied, so perhaps this tends to appeal more to a U.S. audience. This isn’t the case further afield though, as Arabic players tend to gravitate towards table games more.

This could be down to cultural differences, if you check out sites like viparabcasinos.com you can see how many strategy guides and tips revolve around these games. This is because Arabic players just can’t seem to get enough of them.

Blackjack is definitely the game for those who want to test their skills against the dealer. This is a popular game for people that have a go on the games of luck and want to take things to the next level.

Poker
This game has a massive fan following with tournaments like the World Series of Poker driving more engagement with their fans. During these times, many U.S. players decide they want to try their hand at the table game for themselves. This creates a massive surge within casino sites, which is why most of them have this game on offer.

As a player, it’s pretty standard to expect at least one game of poker on a site. Now, many are boasting several versions and also live casino options, too. These players are generally quite discerning, so the more a site can offer, the better. With so many of these sites vying for attention, this can make a big difference to their revenue.

The demographic of these players can be very different, but they’re all seeking a challenge! With so many strategies available on these games, it can be something of an intensive hobby.
With so many thousands of casino games on the market, it’s clear that these are the top ones out there.