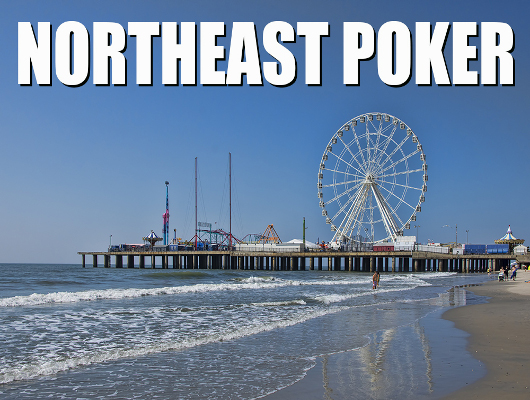 Mike Jukich wasn’t going to come play in the Horseshoe Baltimore World Series of Poker Circuit Main Event, but he changed his mind and took it down in late April, locking up $165,438, his first WSOPC ring and a seat in the Global Casino Championship.

“It was last-minute that I even decided to come,” Jukich said. “I was playing in my home game, back in Lynchburg, Va., and I got the OK to come up here and play. They were going to take action on me. They believed in me and I was pretty confident in myself.”

But it wasn’t a smooth ride for Jukich. On Day 1, he was down to 10 big blinds early. He then found some help from someone else who would make the final table, Chris Caruso.

“I want to say I got off to a good start, but I hit some bumps in the road,” Jukich said. “Then I doubled up and I doubled up again. (Caruso) doubled me up twice. We were joking that I owe it to him that I’m still around in the tournament.”

With that, his rail came running down from the audience to congratulate him, including pro Alex Rocha, to whom Jukich attributes a lot of his success.

“He helps (my game) a lot, man,” Jukich said. “A lot of credit to him, too. He, Asher Coniff, Joe Liberta. They are like my main guys that I talk a lot of poker with. They’ve kind taken me under their wing and showed me a ton about poker. I look up to them.”

Jukich said the victory was surprisingly important to him. “They’ll think it’s kind of silly, but it did mean a lot to me to actually win one,” he said. “I like that kind of stuff, like trophies. It’s really cool, even if it’s just the sentimental value.” But it’s definitely about more than just the trophies for Jukich. He has a fiancée and a 2-year old son named Ryker. “That’s who I do this for.”

Another victory of note, Bradley Yazici topped a huge field of 1,232 to win Event 2 and $65K-plus. Yazici usually is a cash-game grinder, playing $5-$10 or $10-$25 around Baltimore. On the rail, his friends joked with him about winning the one tournament he’s played in the past eight months.

MGM NATIONAL HARBOR: The poker room will be moving in to a larger, self-contained room in a few months. It also is running some interesting big games: $60-$120 limit runs at least three days a week and a $10-$25 Big O spreads regularly. There is a $4-$8 Omaha/8 game running from time to time, but just about all Omaha games are Big O here.

FOXWOODS RESORT CASINO: The Mashantucket property hosts WSOP satellites until June 10. At 2 p.m. that day, there’s a $1,100 qualifier that allows re-entries and guarantees five seats to the $10K WSOP main event. One in 12 wins a seat plus $2K for expenses. Also, the Summer Kickoff runs June 23-July 4.

MOHEGAN SUN: The Uncasville poker room continues to host its Best-of-the-Best $10K guarantee tournament promotion. If you’re one of the top 150 players with the most tourney points then you’ll be invited to the last Tuesday of the following qualifying month for the event at 6 p.m. Call the room for details.

There was plenty of competition in the $250 Spring Fling at Turning Stone in Verona, N.Y., but in the end, Robert Bourkney was the only player left.

BORGATA: Almedin “Ali” Imsirovic has been playing professionally only for about 18 months. Before that, he was a criminal-justice student at the University of Washington. Given the results he’s posted over that period of time, he’s going to do well in his new profession. His nice streak culminated by taking down the Spring Poker Open main event for $246,066 and his first BPO trophy.

The two most accomplished players at this final table also happened to be Day 2 entrants. Both skipped the first eight levels of play and were heads-up for this title. There series lasted
18 days, awarding 19 trophies and more than $4.6M.

The $1M guarantee main event drew 519 entrants, covering its guarantee by paying more than $1.25M. Farid Jattin held the lead for all of Day 3 and a couple of hours into the final table before Imsirovic picked off a turn semibluff shove to double-up and claim the lead, which he held until the end.

Ante Up recently caught up with New York pro Will Failla, who has more than $5.5M in career tournament earnings.

What have you been up to lately, in terms of poker? Since Jan. 1, up until April, I played in 19 tournaments and I cashed
16 times.

What’s your schedule like throughout the year? Are there any tournaments you regularly attend? My schedule usually consists of Barcelona, the Borgata, Montreal and the WSOP.

Do you have any thoughts on the many transitions of poker over time? As the money dried up, the fields got smaller and tougher over the years. Re-entries have taken over the tournament industry and I had to adapt. It sucks, but it was inevitable.

Which tournament means the most to you? The WSOP main event is always No. 1. ​My heart is the Borgata. It’s my home turf and I’m very successful there. — Jo Kim