Getting to Grips with Video Poker and Its Many Variants 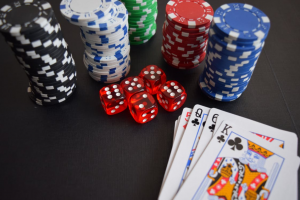 Video poker is an increasingly popular pastime among casino and poker fans, but what has made a game that is famously social so successful on small screens across the world? Here, we’ll take a look at the history of video poker, the variations of the game and what benefits video poker holds for regular poker players.

History of Video Poker and Game Variants
Despite video poker being invented in the 1970s, the origins of poker machines – the precursor to video poker – stretch back to 1891, according to casinoroom.com when the Sittman and Pitt Co. in New York created a mechanical poker game in which players inserted a coin and five reels would spin, each of which had 10 cards upon it, presenting a player with a five-card hand. Of course, with space just for 50 cards, both the 10s of spades and jack of hearts were missing from the reels – halving players’ chances of getting a royal flush. Effectively, this was the basis for all subsequent slot machines and proved to be a revolutionary moment in the gambling industry. Charles Fey was also a pivotal innovator of automated poker games, inventing the “card bell” in 1898 – a poker machine that would pay out for a royal flush. He then introduced the “skill draw” machine in 1901, which allowed players to hold selected cards and then re-spin for an extra chance to win. Draw poker machines were key to the growth in popularity of poker machines, as they appealed more to poker players as the game introduced an aspect of control and skill for players – which, after all, is one of poker’s biggest appeals. Interestingly though, as gambling wasn’t allowed in the United States at this point, prizes typically came in the form of drinks, cigars and cigarettes – to avoid breaking the law by paying out cash prizes. As technology progressed, video poker came to the fore in the 1970s, and drastically increased the variety of poker games available to play, with the game of Jacks or Better providing a central theme.

Video Poker Game Variations
Jacks or Better is the basis for most video poker games because of its easy-to-follow nature, with players simply needing to find a pair of jacks or higher to win and players also able to hold and change cards on their first hand – hence giving them an element of control over their fortunes. Unsurprisingly, Jacks or Better has been the inspiration for a number of spin-off games, including the likes of Tens or Better, Bonus Poker and Aces and Faces, which can be found at online casinos such as the Hippodrome and play on a similar theme, but add special new features that can increase a player’s chances of winning. As video poker has evolved though, other poker variants have been added to machines, including 3-Card Poker – where players can play against the dealer; Triple Pocket Hold’em – with players facing two virtual dealers but getting the choice of three hands to play; the seven-card Asian variant, Pai Gow Poker; and the most high-octane version of the lot: High Speed Poker, where players bet on five hands simultaneously against one dealer.

Why Poker Players Should Play Video Poker
But for players of regular people-facing poker, are there any benefits of playing video poker?

Many people see video poker as a training tool for poker players, providing them with a low-pressure opportunity to develop the quality and speed of their decision-making, as well improving their statistical analysis of their own hand – without any consideration of other players’ hands or psychological strategies such as bluffing. That’s not to mention less logical benefits – such as the sheer enjoyment of playing poker. Video poker can be played at any time of day, and if a player isn’t feeling very sociable – there’s no need for them to interact with others and can instead just focus on their own game. Indeed, video poker is especially interesting to poker players who favor the statistical side of the game above the psychological elements.

In comparison to other forms of computerized gambling, video poker provides better player odds than things such as slot machines – as video poker has one of the smallest edges for the house – and also gives players an element of control. And there we have it. With so many variations of video poker available, players can be intimidated by the vastness of the product, but this isn’t necessary. Most video poker games are based Jacks or Better, while the game itself is a fun way for poker fans to develop their poker strategies.