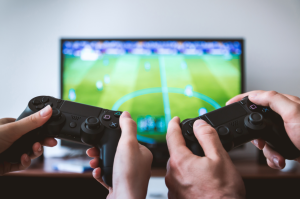 The instant appeal of card games like poker came from groups of friends coming together to have fun with a deck of cards in hand. So it is no surprise that Twitch, a platform that allows poker players and other gamers to stream online has generated so much hype and is so widely popular among online gamers – and with the new features that Twitch just announced at TwitchCon 2017, which was held Oct. 20-22 in Long Beach, Calif., will surely enhance the social aspect of streaming poker and other games online even more.

The Amazing Success of Twitch
Since launching in 2011, Twitch has been met with unprecedented success for what was originally meant as a niche gaming and creative content spin-off of parent streaming platform Justin.tv – which was later rebranded as Twitch Interactive to cash on Twitch’s instant success. The interactive streaming service boasts roughly 15 million users that are active on a day-to-day basis, more than 2.2 million creators who stream unique content monthly and an average of 106 minutes of broadcast watched by each user daily. Content streamed on Twitch ranges from games like poker and eSports (which remain the largest share of the platform’s activity) to events and gaming conventions broadcasting to other emerging interests like social eating (a trend that is tremendously popular among the Korean gaming community) and art.

Streaming is hardly a new concept – the success of video streaming services such as Netflix is built around the convenience of streaming movies and shows into your PC or portable device. But live streaming games is a totally different field. Streaming poker online is steadily attracting more and more viewers, with 30-year-old Jason Somerville probably being the most renowned representative of the game and others, like James Staples, closely following suit. But in the context of streaming, poker can get more interactive to just sending messages to the streamer. A number of online casinos like Betway are focusing on streaming live casino poker games, including games like Live Caribbean Stud Poker, Casino Hold’em and 3 Card Poker, providing gamers with an option to play against a real-life dealer and also providing casino game fans with a chance to sample poker games. Esports and PC games remain extremely popular on Twitch, with the likes of online games like League of Legends being a hit with Twitch enthusiasts – in May 2016 alone, LOL saw more than 80 million hours of streaming viewed by subscribers, leaving Hearthstone: Heroes of Warcraft in the second place with almost 50 million hours.

So how is this incredible success to be explained?
The Need for a Community
One thing is for sure: online gamers really love what they are doing, and they are devoted to their favorite pastime. As such, they are more than eager to share their techniques and achievements with others – and people who are beginning to realize their enthusiasm for a game enjoy seeing better players hone their skills and provide entertainment. In that respect, the concept is older than time: chess players, for example, have been studying great chess games for years when trying to improve their skills. But even more than that, streaming on Twitch is about feeling part of a community that revolves around a shared interest but also breaks out of the confines of simply playing a game. For instance, on its official website, Twitch prides itself in the more than $65 million raised by the Twitch community for charity. Playing for charity is popular among gamers, including poker enthusiasts.

Even though online poker rooms have made it extremely convenient to play your favorite game wherever and whenever you prefer and connect with players across the globe, it still might be lacking compared to the social aspect of the real experience. When streaming poker online, you get back some of that interaction aspect of poker: you get to speak to fans, get feedback from your audience, and share your progress in the game with a community of like-minded people. The same goes for other eSports, most notably football games like FIFA: people might not get the fun of playing in the physical presence of others, but they get to react to the game as it develops alongside others.

Twitch Announces New Social Features
It is precisely on this social aspect that the new features announced by Twitch at TwitchCon will focus. In November 2017, Twitch will make Achievement available, which makes it easier for streamers to track their record and milestones across the platform, as well as Stream summary, which offers statistics on audience and followers as well as chat activity on a given channel. The development will continue in the last quarter of 2017 with elements especially pertinent to live poker streaming, like Premieres, which will allow users to share content via live first-viewing events (tremendously useful around tournaments and championships such as our own Ante Up World Championship) and Rooms, i.e. smaller chat groups that can be permanently set as on even if the original creator is away, thus keeping up the hype.

It remains to be seen how the online poker streamers will react to the news once the features start launching; yet as Twitch strives to constantly evolve, it is certain that a big part of the online poker community will evolve with it.