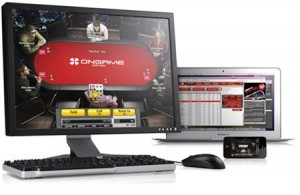 The tournament season in Mississippi is coming to a close as everyone gears up for the World Series of Poker in Las Vegas. The inaugural World Poker Tour Regional at the IP Biloxi in April has come and gone, and I really hope the WPT continues to work with IP Biloxi. This is the only stop for the WPT in our state. And why isn’t there an Ante Up Poker Tour event in Mississippi? I know we’d love to have one here, and I know Ante Up would love to bring its AUPT to the Magnolia State. We need to support these tournaments to encourage franchise support. The more options there are for poker players, the more we all stand to win.

The MGM poker series will go on break until after the WSOP, resuming on July 18 in Tunica at the Gold Strike for the World Poker Open. The WSOP will revisit Mississippi again in the fall, when its circuit returns to the IP.

By the time this column hits the poker rooms, the national championship freeroll will have been decided, awarding one circuit grinder the first bracelet of the year. I have high hopes for the local guys to make a strong showing. My favorites include Kyle Cartwright (local to Tunica), Ryan Stevenson of Horn Lake, Miss., and John Holley, who may claim Florida, but is a regular in the Mississippi poker scene.

In other news, long time Tunica dealer and floor Neal Atkinson has left Gold Strike after nearly eight years to be the manager at the Pearl River Casino Resort in Choctaw, Miss. For those of you who haven’t visited Choctaw, it’s about halfway between Biloxi and Tunica, give or take a few miles. Its tagline, “Vegas with Sweet Tea,” conjures up an image that makes a visit almost irresistible. Pearl River may be the perfect place to have a layover when traveling between poker rooms at the northern or southern ends of the state. I’m certain Neal will take care of you.

On his new resort home, he said, “The most exciting thing about being the poker-room manager here is being able to make a poker room right for the player. … The all-new branded Pearl River Poker Room opened in January. It is a glassed-in, 10-table, non-smoking room. The action, so far, is great. The staff is wonderful as well. It’s pretty obvious the direction this poker room is headed is to create a world-class poker room.”

Meanwhile, the grinders heading west for the summer opens up a lot of opportunity for locals to cash in on great promotions at home. I recommend downloading the free Bravo Poker App to keep up with Horseshoe and Harrah’s in Tunica, and the Beau Rivage in Biloxi. All three of these rooms keep their daily promotions and tournaments updated on the app, as well as a current list of all games in play and the waitlist for each. This app is undeniably handy when trying to decide where to play.

My favorite is the stud promotion in Biloxi at the Beau. The first eight players to play four hours earn $50; ace-high flush beaten is worth $50; get the bring-in three hands in a row and earn $20. This promotion runs Tuesday, Thursday and Friday at 9 a.m. I always try to make it.

Also, the Horseshoe Tunica hosts its Summer Classic on June 7-16, with a two-day $560 main event that begins June 15 at noon. For more details, check with the poker room.

I’m wrapping things up in Mississippi and packing my bags for Vegas, hoping to see many of you over the summer and hear of your successes. Come find me in the Pavillion or Amazon room at the Rio and keep me up to date. For those of you not making the trip, I’ll see you again at the WPO at Gold Strike at the end of July.

— Jennifer Gay is Ante Up’s Mississippi Ambassador. She can be contacted at facebook.com/aceofjewels or at jennifergay80@hotmail.com.