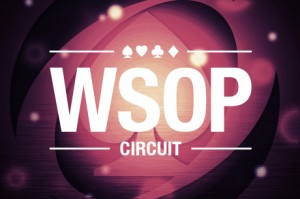 Pechanga Casino and the Ladies International Poker Series hosted the Golden State Ladies Championship on April 26-28 in Temecula, and it was DiannaLee Norman of San Diego who topped an impressive main-event field for the title.

Some of the players in the $15K guarantee $185 event, which drew 145 players for a $21.5K prize pool, were Women in Poker Hall of Famers Barbara Enright, Marsha Waggoner, Linda Johnson, Jan Fisher and Phyllis Caro. Johnson and Fisher also hosted a seminar before the start of the main.

It only took 3 hours at the final table to get to heads-up play between Laila Bolshari and Norman, who had only about half the size of Bolshari’s stack. Norman doubled up when she caught a four on a 4-5 vs. J-5 all-in. Shortly after that hand, she took down the event with a rivered flush, pocketing $6,450 and a seat into the LIPS Poker Queen Championship June 29 in Las Vegas. Bolshari of Carlsbad received $3,440.

The opening tournament was the “Boot Scootin” event on Friday, attracting 95 entrants for a $6,400 prize pool. The event paid 10 spots, but the final three chopped for $1,226 each. In addition to the cash, Fisher took the trophy, Pamela Morgan took the seat to the LIPS Poker Queen Championship in Las Vegas and Aree Snider took an assortment of prizes.

Also, on Sunday there was an “In Cahoots” $60 open event that had 85 entries. When play got down to 10, they agreed to a chop and Espy Enriquez took the trophy as chipleader.

Tournament director Thomas Crane made sure the ladies had a great time and the events ran smoothly, and Star Pulver and BrandeeBird Annis worked hard to provide a wonderful ladies weekend.