Hard to find a busier time for poker 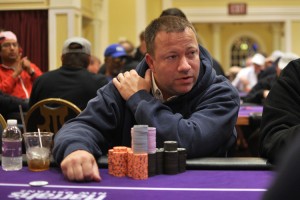 It’s been busier than ever in the Atlantic City-Philadelphia region for poker players. In the past couple of months, there has been a frenzy of tournaments, including World Series of Poker Circuit, DeepStacks Poker Tour, the Borgata Open and other respectable local events. Among the highlights was the DeepStacks Northeast Pennsylvania Poker Open at Mohegan Sun at Pocono Downs in Wilkes Barre, Pa.

In other Pennsylvania tournament news, the WSOPC visited Harrah’s Philadelphia in May, as the main event was a $300K guarantee re-entry with a $1,675 buy-in. Players who busted with their first entry into Day 1B could also buy in to Day 2. The final count was 355 entrants with 36 in the money. Some of the notable pros in the field were Chris Klodnicki, Matt Glantz, Ari Engel, Allen Kessler and Alik Sitnyakovsky.

In the end, it was Rex Clinkscales who captured the main event and $121K. He finished 10th in this same event in 2012.

The WSOPC also had a historic moment when Chris Reslock won his seventh ring, just three days after his sixth, breaking the all-time record. Reslock has won three rings this year, not to mention a bracelet in 2007. With his most recent ring, Reslock won the Casino Championship points race at Harrah’s Philadelphia, a seat to the $1 million tournament at Harrah’s New Orleans and a seat in the WSOP national championship.

CHARITY EVENT: The Revel will host a $110 charity tournament June 22 to benefit local firefighters. Registration begins at 9 a.m. and cards are in the air at noon. A $50 add-on is allowed after the third level and there’s a $10 celebrity bounty on certain players. For more information, call 856-258-6754 or email allhandsworkingcharity@gmail.c om.
— Email her at Jo Kim at anteupjokim@gmail.com.