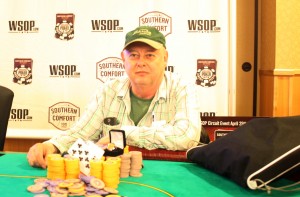 The Sweet 16 Main Event at Thunder Valley Casino Resort is in the books as the three-day main event was the culmination of a series that included 15 events throughout March and April. The main drew 270 players who each put up the $1K buy-in.

In the end, William Chao of San Pablo, Calif., defeated Sam Rotar of Australia to take the title and $71,550. Rotar, who was chipleader for most of the final table, took home $43K.

“It always feels great to win a live tournament,” Chao said. “I play all over the Bay Area and I’m really excited to win this event.” Chao, who was the leader of Day 1A, has been successful in numerous events, having accumulated more than $60K in tournament earnings, including cashes in the World Series of Poker, Bay 101 Open and Venetian Deep Stack Extravaganza.

Rotar, traveling the world while playing tournaments, also has quite the poker resumé. He has more than $1 million in online tournament winnings in Australia, where online poker is regulated. With this being his first live tournament in the United States, it’s clear he’s a poker force.

On the final hand of the tournament, Chao flipped the

after being called down on a board of 10S-

. Rotar held just a third 10. Chao’s excited entourage stormed the table as friends, family and fans all over the world were watching the live stream on Thunder Valley’s website.

“The only thing that I can take credit for is listening to the players,” he said. “It’s all about them.”

That quote sums up how serious Thunder Valley is about the satisfaction of their players and customers.

Whether it’s the red-carpet treatment and mouth-watering food at High Steaks Steakhouse or Up the Ante Poker Room’s high-stakes cash games, it’s no wonder people from all over the world are coming to catch the experience of Thunder Valley Casino Resort.