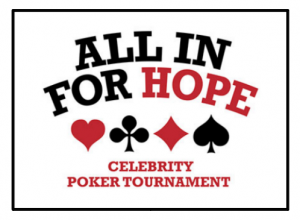 After the televised final table was reached in the World Poker Tour $25,000 World Championship, there was still plenty of poker to be played at Bellagio with the continuing action of the $100,000 Super High Roller. Following the completion of Day 2 on Wednesday, James Courtney topped the remaining six players with 1.69 million in chips — less than 50,000 ahead of Joseph Cheong’s second-place stack of 1.646 million.

Registration for the event remained open for a fair bit of Day 2 and allowed a few more entries to roll in. When it was all said and done, the final tally was 21. That number stemmed from 17 individual players, with Cary Katz, Erik Seidel, Jason Mercier and Jean-Noel Thorel all firing two bullets, and generated a prize pool of over $2 million.

According to the WPT Live Updates, around 4 p.m. local time in Las Vegas, Mercier lost out on his second bullet when he was bounced from the tournament in 11th place.

. Mercier checked, and Thorel fired 50,000. Mercier raised all in for an unknown amount, and Thorel made the call. Mercier, holding the

for top pair, saw the bad news that he was behind the

for Thorel. Following the

river, the field was cut down to 10 players.

The final 10 joined around one table, and it was Thorel who bowed out in ninth place. Then, Seidel fell in eighth, and the televised final table bubble had arrived. Taking the much-unwanted seventh place was former WPT World Championship winner Yevgeniy Timoenshenko.

Timoenshenko was at risk with the

, but heavily behind the

for Courtney. The board ran out

, and Timoenshenko was eliminated. That pot gave Courtney the chip lead, ever so slightly edging out Cheong for the top spot.

While the $25,000 World Championship has a day off on Thursday, the $100,000 Super High Roller will be in action with the televised final table beginning at 4 p.m. local time. Only the top three spots pay out a minimum of $409,500, so there’s still plenty of excitement to be had. With over $1 for first place, be sure to stay tuned to PokerNews for the recap on how things finished up.