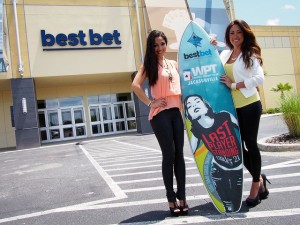 After four days of play, the 2012-13 World Series of Poker Circuit Harrah’s New Orleans Main Event came to an end on Monday as Luke Graham emerged victorious over a 762-player field to capture a $228,600 first-place prize and a seat in this week’s National Championship.

The first elimination of the day occurred about 40 minutes into play in Level 28 (15,000/30,000/5,000) when Joe Hebert managed to two-out WSOP bracelet winner Robert Cheung. After that Corrie Wunstel was sent packing in tenth place followed by Pavan Bhatia in ninth.

In the first hand back from a break, action folded to Bhatia in the small blind, and he opted to limp. Daniel Weinman, who began the day as chip leader, exercised his option in the big blind with a raise to 175,000, and then snap-called when Bhatia moved all in for one million.

It was a race, and according to the PokerNews Odds Calculator, Bhatia had a 50.33% chance of winning the hand while Weinman wasn’t far behind at 49.12%. The flop ultimately swung the hand when it came down

turn further increased that to 95.45%, which meant Bhatia needed a three on the river to stay alive. The dealer burned one last time and put out the

From there the eliminations continued to mount including those of Ben Mintz in eighth place, two-time ring winner Tripp Kirk* in seventh, WSOP bracelet winner Dan Schmiech in sixth, and Rogen Chhabra, who fell in fifth place for $58,487,

*Kirk’s final table appearance was due in part to Earl Merritt folding pocket aces preflop on the money bubble after Kirk had three-bet jammed. Had Merritt called, Kirk would likely have missed out on any money at all.

Four-handed play was an extended affair lasting nearly three hours before Weinman fell to Hebert, who had started on a bit of a heater. Graham, who began the day second-to-last in chips, really didn’t make any waves until three-handed play when he sent Kasra Khodayarkhani to the rail. That gave him a decent stack and set up a heads-up match between Hebert and Graham, with the two were essentially even. In Level 36 (80,000/160,000/20,000), two hands, one large and one small, determined the tournament.

In the first, Hebert opened for 360,000 and Graham called, leading to a

Graham then check-called a bet of 1.25 million on the

turn before checking the

river. Hebert wasted little time in moving all in, and Graham, who had 4.695 million behind, shot back in his chair. As the seconds ticked off the tournament clock and minutes passed, Graham took a swig of his water and asked, "Pocket tens?"

Hebert sat motionless and then seemingly out of nowhere Graham spiked in a call. Hebert’s face dropped and he sheepishly tabled the

. In a fit of excitement, Graham then revealed the winning

"I don’t know how you call that," said a shocked Hebert, who was left with just 500,000. On the very next hand, Hebert committed it with the

, and Graham called holding the

Next up on the schedule is the Southern Comfort 100 Proof World Series of Poker National Championship, which begins on Wednesday. A total of 100 qualifiers from the 2012-2013 WSOP Circuit (a combination of Main Event winners, Casino Champs and At-Large qualifiers) will be in action, as well as any pros in the top 100 WSOP Player of the Year Leader Board who opt to buy in for $10,000. Exactly who chooses to do that remains to be seen, but PokerNews has learned that Matt Glantz, Allen Bari, David “ODB” Baker, Kyle Julius, Joe Tehan, Jason Koon, Jeff Gross, Vanessa Selbst and Dominik Nitsche will all be in attendance.

Be sure to come back Wednesday for all of your exclusive National Championship live updates straight from the Harrah’s New Orleans tournament floor.