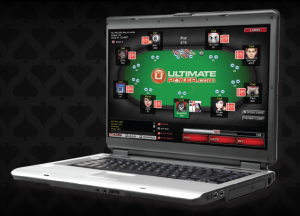 When online poker was prevalent in the United States, John Hayes was well known as a stone-cold-killer. At the time the U.S. government put a stop to online poker on April 15, 2011 — dubbed “Black Friday” in the poker world — Hayes had earned over $2.4 Million on the virtual felt, mostly under the screen name "JohnnyGstaks."

With his income stream cut off, Hayes had to take his skills to brick-and-mortar casinos where he has continued to shine. On May 19, Hayes completely dominated the PokerNews Mid-States Poker Tour Main Event at Northern Lights Casino in Walker, Minnesota, finishing off the field in record time. For the victory, Hayes claimed the title and the $43,473 first-place prize.

In most instances, the final table often runs five to six hours and doesn’t even begin until Level 18. Hayes was wearing the bracelet and posing for photos before Level 17 ended.

Hayes cruised through Day 1, appearing more focused than he’s ever been. He entered Sunday’s Day 2 third overall in chips, and it didn’t take long for Hayes to mix it up. With chip leader Christian Pham in the one seat on his immediate right, Hayes executed a five-bet shove preflop on Pham, who tank-folded. Hayes then flipped up the

A couple hours later, the two went at it again. With the blinds at 1,500/3,000, Hayes three-bet shoved preflop with the

, and this time Pham tank-called with

. Hayes would hit a king, leaving Pham with only 1,700 chips. To Pham’s credit, he would battle back by winning the next five hands and within a half hour, he was back over 200,000 in chips. Eventually, Pham would continue his sensational 2013 campaign by reaching another final table.

“Gstaks” has become a regular on the MSPT circuit the last two seasons, and this was his fifth MSPT cash over that span — which ranks him third all-time — and second MSPT final table. This win for $43,473 gives him $72,608 on the tour overall.

Since transitioning from the online to the live scene, Hayes has already accumulated $229,705 in winnings. His largest score was during the 2012 WSOP where he placed third in the $1,500 No-Limit Hold’em Ante Only event for $99,409, and he had three cashes in last year’s Series.

"It felt really good to take down an MSPT event," Hayes said. "I have played quite a few and have had some good runs, but hadn’t been able to walk away with one. I’m not going to take this bracelet off for a while."

The final table was littered with accomplished MSPT players. Seven of the final 10 players had previously reached an MSPT final table. Mario Filippi was there for the third time. Bill Romer, Pham, Brian Schummer, Brett Kuznia, Hayes and Dennis Stevermer were all making their second appearance. It was Reg Powell’s first final table, but his third MSPT cash. The fact that there were so many strong players makes it even more impressive that Hayes was able to defeat them all so quickly.

The tournament ended in dramatic fashion. It came down to Hayes, Romer and Powell to determine the next MSPT champion when three players were left. Entering the final hand, Hayes held 2.4 million of the 3.2 million chips in play.

, respectively. The flop was unreal —

— giving Powell a wheel and Hayes middle set. Romer and Powell both checked, and Hayes fired 75,000. Romer check-shoved for his last 164,000 into the mine field, and Powell followed him into the pot with an all-in shove of his own. Hayes wasted little time in making the call, and filled up when the

paired the board on the turn. The

completed the board on the river, and Hayes’ full house won him the pot and the tournament.

Northern Lights Casino is one of the original stops on the MSPT and known to tour regulars as the "party stop." Everyone in attendance can attest that this time was no different!

"The atmosphere is completely different here at Northern Lights than any other stop," said MSPT ambassador Chris “Fox” Wallace. "It’s louder, less serious and full of influenced characters. The poor server never gets a break, but she probably earns more tip money in one weekend than she does over the rest of the year! This is always one of the most memorable stops of the season — but don’t ask questions, I can’t talk about it."

Northern Lights Casino is located on Walker Bay, a resort area which draws tourists from all over the country for its relaxing lake shore atmosphere. This was the seventh event of Season 4 and marked the halfway point of the season for the PokerNews MSPT. The tour will enjoy two months off during the 2013 World Series of Poker and resume action in late July for the second stop of the year at Meskwaki Bingo Casino Hotel in Tama, Iowa. The first stop at this venue generated a $342,700, which was won by Terry Ring for $87,694. As always, the MSPT and Meskwaki have partnered to offer another $300,000 guarantee prize pool.

For more information on the complete MSPT schedule, visit MSPTPoker.com.