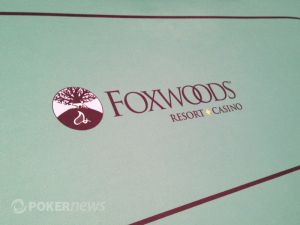 Tournament players in Ohio are starting to get some prime-time action and weekly $10K-plus first-prize opportunities. Cleveland and Columbus have joined Toledo in the offering if more tournament action.

HOLLYWOOD CASINO TOLEDO: Poker room manager Peter Lau continues to offer an array of options, including the button straddle as part of his big Tuesday night PLO game, as well as being the only room in Ohio spreading pineapple. Tournament options here remain the widest of any room in the state. Hollywood Toledo is an excellent destination for players looking to play smaller tournaments, including twice-a-day action on Wednesday, Thursday and Friday. The second Sunday each month features a $300 deepstack tournament with plenty of satellite opportunities.

HORSESHOE CLEVELAND: The room has opened its tournament program to include a Wednesday evening $200 tournament and moved the Thursday PLO to 7 p.m. from noon. At the same time, it has provided overlays into every tournament, including an impressive $3K to the Wednesday night and $7,500 on the $500 Last Sunday, which had 62 players and a $13,400 first prize last month. Also, $200K was added to the bad-beat jackpot and $100K into the backup. As of this writing, the hold’em bad beat was nearly $250K.

HOLLYWOOD COLUMBUS: Poker room manager Matt Dodd has began offering a weekly 11-tournament schedule in its new 36-table room. He has put together a structure that offers nice early maneuvering room, an action-packed middle stage and plenty of chips for play at the final table. The structure is the same for all tournaments with starting chips increasing with the corresponding buy-ins. May will be a big month at Hollywood with the Hollywood Poker Open, which in Ohio is a single event with four Day 1 options, including re-entry (even if you have already made it in). There will be plenty of satellites, free shots in the poker room for cash play and even drawings for seats to the $1,090 main event. (See ad Pages 2-3 in our May issue) This will be the largest event in Ohio history and will feature Chris Moneymaker in the field. Also of note in Columbus is the appearance of some nice cash-game action in some sick mixed games featuring rounds of $5-$10 NLHE, $5-$10 PLO and $30-$60 stud. Average stacks in the game are more than $3K.

HORSESHOE CINCINNATI: The newest room in Ohio is showing some brisk action. Manager Jason Newman has created a regular $6 -$12 PLO/8 game along with the predictable no-limit action. Horseshoe Cincinnati has larger top-end buy-in amounts than found in Cleveland in PLO offering players a nice deepstack experience.

OHIO CASINO CONTROL COMMISSION: All Ohio casino employees have been banned from playing anywhere in the state. There are about 8,000 people affected by this ruling. It should be pointed out this was once the case in Pennsylvania, but the state figured out it was just sending its casino employees to Ohio to play. It recently changed this rule to allow in-state play. Let your feelings be known.

— Dan Harkenrider is Ante Up’s Ohio Ambassador. He hosts the Division of Poker and Chris Moneymaker radio shows. Email him at anteupdan@gmail.com and follow him on Twitter @DivisionofPoker.