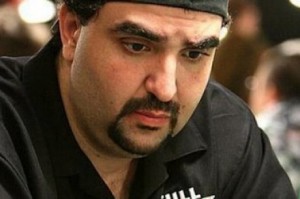 You may not know Kevin Eyster as a poker player, but if you followed online poker pre-Black Friday, then you likely know 1$ickDisea$e. The Lafayette, La., native, who just won the WPT title in Hollywood, Fla., for $660K, once struggled with the transition to live play, so much so he considered giving up the game that now seemed too slow and less appealing.

But in the summer of 2011 that all ended when he finished in the top 30 twice in Wolrd Series bracelet events. He then moved out of the country in 2012 to play online again, capturing two FTOPS titles in three days.

But his live play continued to flourish, winning a WSOP Circuit ring at Choctaw Casino Resort in Oklahoma, defeating more than 380 players for $27,573, and two months later he almost repeated the feat to earn a second ring at the Lodge in Black Hawk, Colo., and this time it was the main event. He nearly bested 420 players before falling runner-up to champ Jonathan Taylor. His second-place finish was good for $85K.

At just 23, Eyster has accumulated more than $1.5 million in online and live winnings and as been a huge inspiration to many Louisiana players.

— Matt Stroud is Ante Up’s Louisiana Ambassador. Email him at matt.anteup@gmail.com. Follow him on Twitter @acadianapkrplyr and visit facebook.com/acadianapokerplay ers.

Louisiana casinos to reopen, but not poker rooms