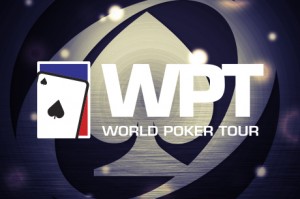 Though the Mississippi “poker season” is slowing down in anticipation of the 44th annual World Series of Poker in Las Vegas, the best has been saved for last.

From May 3-13, join me at the north end of the state, in Tunica, Miss., for the Gold Strike Delta Gold Classic. There isn’t a better time for a poker tournament either. Just a few miles away in Memphis, the nation’s largest month-long Southern BBQ/Music festival will be under way. Known as “Memphis in May,” millions of visitors crowd the southern city in search of good music and barbecue. Tunica is part of the annual celebration, with plenty of entertainment and hotel rooms to draw the tourists. And now a poker tournament, too!

Gold Strike has planned a 10-day, action-packed schedule with its standard slow-moving structures. Poker room manager Karen Kaegin and tournament director Eric Comer have negotiated low room rates (especially during “Memphis in May”) of just $39 during the week and $69 Friday-Saturday. And on top of that, it’s all but guaranteed to be flooded with casual and weekend players visiting the area.

Over the past year, the team at the Gold Strike and Beau Rivage (both MGM properties) has made changes to structures, tournament length and buy-ins to hit optimum attendance in the series. The last tournament we had at the Gold Strike, despite being just a week before Christmas, packed the house.

I was part of the crew dealing the tournament and we couldn’t have been happier with the turnout. This past month at the Beau Rivage for the Spring Break Classic was the same thing. Even the “slow days” still offered tremendous prize pools and plenty of new faces to mingle with the regular Mississippi grinders.

I believe the Delta Gold will be the biggest yet. Not only is this your last opportunity to generate some buy-in money to represent the Magnolia State in the WSOP bracelet events, but there won’t be softer fields anywhere.

Gold Strike has the schedule and structure sheets posted on its Facebook page under the notes section. I will be there, of course, covering it for Ante Up as well as dealing the event. Be sure to come over and say hello. We love hearing from our readers.

I imagine I’ll be moving a bit slower in May as dealer Steven Pique and I are expecting our first baby (due early fall). Though this will limit my time on the road, I’ll be happily anchored in Mississippi for the foreseeable future.

We plan on making our permanent home in the Biloxi area, stepping out occasionally to do an Ante Up Poker Cruise. Which, if you haven’t tried yet, is the most fun you’ll have anywhere. There is an excellent one coming up in May with one of the best tournament directors in the business (Roz Jordan). Get more information at anteupmagazine.com. Thank you so much for your continued support. I look forward to seeing you in May!

— Jennifer Gay is Ante Up’s Mississippi Ambassador. She can be contacted at facebook.com/aceofjewels or at jennifergay80@hotmail.com.