Lots of gaming legislative action heating up across the nation 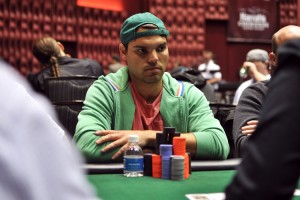 It looks to me like 2013 may be one of the most active years for the gaming industries in a generation. Across the country, gambling legislation is flying around as various states try to get a grip on their intrastate industries. This activity is being considered with an eye on Washington, D.C., in the hopes that the federal government will step in to deal with the iGaming. Here is a look at some of the action around the country:

In the Rust Belt, every gaming state is looking to stem losses to neighboring states or get into the action. With Ohio a new casino state and Pennsylvania bragging about its continued growth and flourishing horse-racing industry, neighboring states are moving quickly to recapture lost business. West Virginia, Indiana and Illinois legislatures are looking at ways to expand their commercial gambling industries to keep the domestic dollar and entice more folks across their borders. Kentucky is looking at casinos but is having difficulties solving the politics of a conservative anti-gambling electorate and protection of its flagship gambling enterprise, Churchill Downs.

Heading over to the Atlantic Coast, Maryland has added table games to its casinos and Delaware was joined by New Jersey with an iGaming authorization as New Jersey continues to move forward its federal-court challenge to crack into the sportsbook market. New York is looking at its future as a gambling state as its commercial casinos clamor for table games and its Indian tribes joust with Gov. Andrew Cuomo as he looks to “phase in” at least three new upstate casinos over the next few years. In addition, New York is heading to a full-scale privatization or divestiture of its horse-racing franchise, which is still one the dominant recipients of the gambling dollar in the Northeast. Further up in the Northeast, Churchill Downs announced its acquisition of a casino in Maine, furthering its rebranding from a horse-racing company with a couple of good casinos into a casino company with a couple of good horse-racing days.

Down South, Alabama continues to struggle with the questions of “What is bingo?” and “How can it be played?” Georgia has tackled its gray-market industry again in an attempt to clarify what is legal in that state. Speculation is rampant that the bill clarified that skill-based slot machines such as video poker are legal in that state, which should make for an interesting next several months as slot routes begin to get established in the Peach State. Florida took a different tack on its gray-market industry and has decided to rid its state of the billion-dollar-plus industry that has plagued that state. Following up on that measure, Florida also has contracted for a statewide comprehensive study of its gambling industries and the various gambling expansion proposals with an eye to 2014 for a grand cleanup of its gambling laws and likely consolidation of its gambling industry.

Heading West, Texas killed another casino initiative, making one wonder if it’s ever a wise idea to propose commercial gambling again in the Lone Star State. Wyoming legitimized the slot-machine technology known as “instant racing” to bolster its flagging horse-racing industry, while it appears Oregon may head in the other direction, which likely would signal the demise of the parimutuel industry in that state.

California, wishing to opt in to the Nevada iGaming regulatory structure, again is taking a look at how Internet gaming could supplement the state budget and the coffers of its domestic Indian tribes. While all eyes seem to be on the Internet, California likely will see the closing of one of its flagship horse tracks, Hollywood Park, which has operated since 1938, and that could mean the closing of its poker room.

So for the live players, sunny days appear ahead. For Internet players, I wish greater certainty exists but until Washington gets its act together, the games will continue to be caveat emptor.