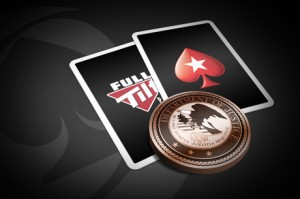 Two tournament series hit St. Louis this month: Hollywood Casino, St. Louis hosts the Hollywood Poker Open (April 4-15) and River City Casino hosts the St. Louis Poker Showdown (April 19-29).
The HPO will feature three daily tournaments. In addition to the single-table satellites for tournament entries, there will be mega satellites for the HPO championship in Las Vegas at the M Resort. The event schedule is mostly no-limit hold’em, but there will be pot-limit Omaha, Omaha/8, a six-max, a seniors and ladies events.

“We are going to set up in the same area as last year using less space,” Hollywood manager Denise Taykowski said. “Forty tables will be added (in the tournament area).” Last year the property was Harrah’s and held the World Series of Poker Circuit. “No-limit is the game of choice (here) and carries the numbers,” she said. “Second is Omaha, especially in this market.”

You can go to hollywoodpokeropen.com for schedule and structure sheets.

The St. Louis Poker Showdown can feature five daily tournaments, including main-event super satellites. The main event of the series is a Heartland Poker Tour event with a televised final table. This will be the only national HPT event in St. Louis this year. A new local tournament series will be introduced in August.

Single-table satellites will run all week for tournament-entry vouchers. These vouchers will be issued in $100 and $500 denominations and can be transferred.

“All numbered events (noon start) are two-day events,” tournament director Anthony Chester said. “Day 1’s play ends either at final table achieved or the end of Level 18 or 22, depending on blind levels. Day 2 starts at 2 the next day.