Online gaming meets some brush back in Jersey 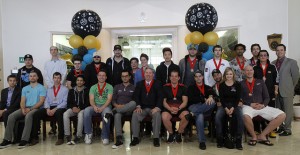 Only days after New Jersey became the third U.S. state to legalize online gambling, the American Gaming Association filed a brief opposing PokerStars’ plan to purchase Atlantic Club Casino. AGA’s main concern with PokerStars was its potential damage to the integrity of the online gambling laws upon its return. According to the brief, AGA describes PokerStars as “a business built on deceit, chicanery and the systematic flouting of U.S. law,” which would conflict the parameters of the new laws strictly framed by Gov. Chris Christie. Though PokerStars has restored its reputation by purchasing Full Tilt and establishing a settlement with the U.S. Department of Justice, forfeiting $547 million to the U.S. government, AGA is determined to prevent the online gaming business from gaining an interim casino authorization.

Initially, the online gambling bill was amended to compensate for companies such as PokerStars by removing the provision of the Unlawful Internet Gambling Enforcement Act.

“We will continue to work with authorities, including the N.J. regulators and other interested state regulators, to discuss our qualifications and allow them to comment on what they find,” said Eric Hollreiser, head of corporate communication for the Rational Group, owner of PokerStars.

PHILADELPHIA: Public input hearings by the Pennsylvania Gaming Control Board begin April 11 involving the six companies competing for the second license of a casino in the city. Pennsylvania’s gaming laws allow two licenses for standalone casinos, one being Sugarhouse Casino. The other license was reopened, after a dispute, in July for new applicants.

The competing companies presented their cases to the board Feb. 12. Besides 5,000 slot machines and 250 table games, a new casino in the city would bring an economic boost and more jobs to the area. Penn National Gaming has promised two-thirds of its cash flow to the school district and pension fund while PHL Local Gaming is projecting 1,400 permanent employees. Bob Green, chairman of Greenwood Gaming, which owns Parx, is also one of the competitors in the race for the license.

“We would not get involved in any project that we would not be proud of as being part of the city of Philadelphia,” he said.

Though the projections are rather impressive, the public hearing is held to gather other voices in the matter. Members of Casino-Free Philadelphia, who are against the building of a new casino, is registered to speak at the hearing about “the community concerns including traffic, crime and compulsive gambling.”