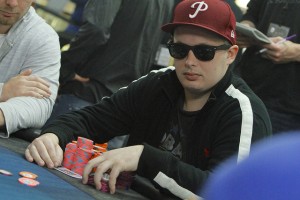 Manager Joe Bernardi has big plans, hoping to have one of the largest rooms in Louisiana. There’s also a “regressive” bad-beat jackpot for hold’em where the minimum qualifier starts at quad fives, but gets easier to hit so players can get rewarded with a better chance of hitting it.

AUPT WC SATELLITES: Cypress Bayou Casino in Charenton, La., is holding four $125 satellites for the Ante Up Poker Tour World Championship at the Hard Rock Punta Cana in the Dominican Republic, plus a fifth tournament, which will be a freeroll. There also are daily single-table tournaments for $30 to win entry into the $125 satellites. For more details, go to anteupmagazine.com/worldchampi onship.

PLAYER SPOTLIGHT: Daniel Rivera, originally from Honduras, lives in Baton Rouge, La., and started his poker career grinding multiple tables on the major online poker sites before Black Friday. The combination of not being able to play online and past interests drove Rivera from poker for about three years. But then he put in multiple hours of studying and worked on fixing leaks in his game to become a better player. As he worked on poker at every level, he became passionate about it and set a goal to become a pro. Rivera’s career didn’t take off until recently when he finished third of 1,271 in the largest event in Tunica, Miss., history at the World Series of Poker Circuit, taking home $30,782. I recently caught up with Rivera to get a bit more inside his head on his decision to live the lifestyle of a pro poker player.

How did your family and friends react to your decision to play poker professionally? My family is a very devout Christian family, so I expected them to completely disown me. I was extremely surprised at how understanding (my dad) was about my decision. Being a successful businessman, he saw it as a good business decision. My mom, on the other hand, let’s just say she’s a great mom and she loves me no matter what I do. My friends were all extremely happy for me. They knew how bad I wanted it and how hard I worked for it.

What made you so ambitious? Biggest regret of my life was quitting poker … for a girl. I decided I’d never do that again and fell back in love with the game.

What are some short-term and long-term goals? Short term, set a good foundation for success in my career. Long term, be the best ever to play the game and have a large base of students. I have a huge passion for the academic side of the game.

What games and limits do you prefer to play regularly and where? Started with a bankroll being backed in $1-$2 no-limit in exchange to coach a friend where he’s currently crushing $1-$2 NLHE. I have worked that up to comfortably play $5-$10 NLHE. Games in Baton Rouge don’t run that big so I play $2-$5, but am currently looking for places in New Orleans to play the bigger games.

What advice would you have for others chasing the dream of playing poker for a living? Don’t ever stop working on your game. Work for your dreams and want it more than anyone else. People will always tell you go for your dreams until it’s time to do it. Make a smart plan, think things through and go for it. Poker is something the entire world is expecting you to fail. Go out there and prove the world wrong.

Daniel has been travelling to different casinos across America recently but can be found most often at poker tables in South Louisiana. For the full interview, find the link on my Twitter.

— Matt Stroud is Ante Up’s Louisiana Ambassador. Email him at matt.anteup@gmail.com. Follow him on Twitter @acadianapkrplyr and visit facebook.com/acadianapokerplay ers.