A primer for the WSOPC at Foxwoods Casino 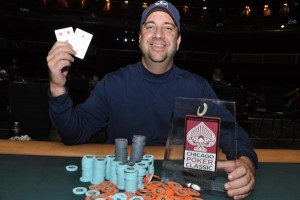 The World Series of Poker Circuit is in full swing at Foxwoods (concluding April 8), and if you’re planning on attending, here are a few tips from a frequent player to make your time productive and enjoyable.

Cash Games: With a bad beat of more than $250K at press time and the largest poker room east of the Mississippi, there’s sure to be a table and game to your liking. Foxwoods regularly spreads $1-$2, $2-$5 and $5-$10 no-limit hold’em, and multiple levels of limit, stud and Omaha that can reach $20-$40 and $150-$300. Foxwoods is quick to seat new tables when the situation warrants, and action continues throughout the day and into the night, especially with a tour in town.

And there’s a restaurant for every type of Foxwoods visitor, including the discerning poker player. If all of this isn’t enough there are plenty of nightclubs and, of course, a huge casino for entertainment.

HOT STREAK: There are few players, if any, running as hot as Travell Thomas these days. Not only did he win two events in Seneca Niagara’s Western New York Poker Challenge (Events 4 and 9) in February, he also won his second World Series of Poker Circuit ring at Caesars Palace in Las Vegas (Event 1, $365 NLHE). Winners from the Seneca Niagara series can be found below as Matt Sande won the main event.