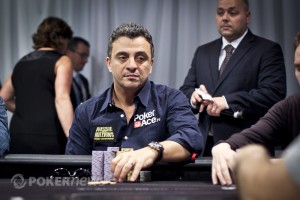 From June 26-27, 2013, the Tournament Directors Association (TDA), which is “comprised of poker room personnel from around the world whose objective is to draft a standardized set of rules for poker tournaments,” will host their annual summit at the Venetian Resort Hotel & Casino with support from Genesis Gaming Solutions, the leader in Casino Pit and Poker Room Management Systems, and the Global Poker Index.

According to their website, the “TDA is an unpaid, volunteer organization founded in 2001 by industry professionals Matt Savage, Jan Fisher, Linda Johnson and David Lamb… During the past 13 years, the membership has grown to over 1,500 tournament staff in 42 countries. The TDA Summit has been held every other year since 2001. The Summit is the democratic process whereby all members have a voice in suggesting, discussing and voting on the Official TDA Rules.”

Fisher also explains the process on the website: “… basically we discuss the proposed rule change. It’s open to the floor to debate, so all opinions are heard… When everyone has had their say, we take a vote. If a substantial majority votes yes, it’s approved. If we can’t get a substantial majority approval, it’s not adopted…”

This year’s summit is expected to draw hundreds of participants from around the world and will examine proposed rules changes. The new rules will then be published approximately one month after the conference.

It was at last year’s summit that numerous rules were implemented. “There were many changes made at the summit,” renowned tournament director Savage explained. “Official language, change to the showing-hands rule, conditional statements, and the authority for TD’s to change chips if it is affecting game play.”

For more information on the 2013 Summit, to RSVP, and to submit suggestions for rules changes, please visit the TDA website.