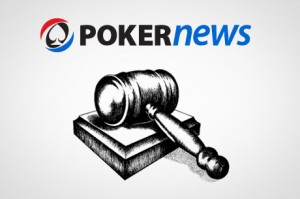 The PokerNews Mid-States Poker Tour rolled into Firekeepers Casino this week for its first appearance in Michigan. With a limited number of tables available, the poker room was buzzing with activity all week, and the field of 272 entrants was remarkable for the first-time Main Event. With MSPT fields growing year by year, this is one of the largest first-time events in the history of the tour.

The winner was a popular local pro — Thomas Medina from Brooklyn, Michigan — a regular in the cash games at FireKeepers. Medina primarily plays cash games but was so excited by his win that he is considering following the tour and will definitely be a regular at future events in the area. Medina said he plans to use the money to continue playing poker for a living and will spend some more time golfing this summer. What started as a $250 qualifier seat turned into $73,456 and the coveted RF Moeller diamond championship bracelet while a large cheering section shouted support.

The heads-up battle lasted more than an hour, with another local grinder, Adam Lamphere, eventually taking second place and walking away with $39,351 to help soothe the burn of a runner-up finish.

The final table was broadcast on a 15-minute delay with hole cards on PokerNews and viewership was up significantly from previous events with the addition of the PokerNews simulcast. The event was a huge success with a near perfect broadcast, excellent attendance and positive reviews from players throughout the week.

FireKeepers Casino Hotel is a beautiful, new property located on Highway 94 directly between Chicago and Detroit with live poker action 24 hours a day, seven days a week, as well as craps and other table games, including two-deck blackjack and baccarat, a world-class buffet and a host of quality restaurants and bars.

The PokerNews MSPT will visit four states in the next 45 days, stopping in Oklahoma, Wisconsin and Iowa before returning to Minnesota for a stop at Canterbury Park. The tour will be back at FireKeepers from August 17-25 and a large crowd is expected. For more information and a complete schedule, go to MSPTPoker.com.

"This [event] was so much fun." said MSPT Ambassador Chris "Fox" Wallace, who is originally from the area. "To come back to Michigan and host an event here that was such a huge success is fantastic. The staff was great here, from the beverage servers all the way up to the top, we had everything we needed, and we were able to make sure the players all left wanting more. We’re really looking forward to coming back in August."