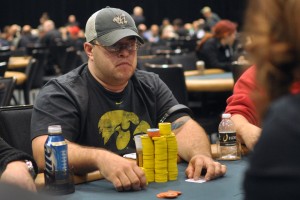 It’s been an active time for the New Jersey Legislature and Gov. Chris Christie’s office, as they worked to get the governor’s signature on the online gaming bill that was approved by the Senate just weeks earlier. Christie had hinted he would approve the bill if it addressed the issues that caused him to veto a similar bill last year. Sen. Ray Lesniak worked with a group of legislators to make that happen. The bill was set to go into law in early February if Christie took no action. On the deadline date, however, he vetoed the bill, but with the caveat that he would sign a revised version if it contained several sets of additional conditions.

His conditions within the 31-page veto included a change to the tax rate listed in the bill from 10 percent to 15 percent, with a portion of this revenue to go to entities that work to help treat people with compulsive gambling problems and addictions. This was one of his issues with the bill he vetoed last year.

There’s also a part of the bill listed as Section 33, which addresses the issue of interstate commerce through the gaming act. This Section 33 is a new addition to the bill that overrides the previous interstate gaming wording and calls for the approval of anyone of legal age, inside or outside of New Jersey, to be authorized to wager on the state system. This not only includes other states in the United States that have interstate agreements, but other countries as well, as long as the laws of where the players are located do not disallow it. This could open the door for offshore online gaming, depending, of course, on the future rulings by the DOJ and government.

Another notable point in the veto is the requirement that this online gaming law be set to expire in 10 years, unless it’s overridden by another law (state or federal).

So what does this mean to PokerStars’ proposed purchase of the Atlantic Club Casino? If all goes as PokerStars hopes, it will have an online and land-based presence in America.

IOWA: The Legislature dumped an online bill last year, but has decided to pick it up again this year with a different slant. Under the Senate Study Bill 1068, which basically allows the Senate to do a study on the general mind-set throughout the Legislature and the constituents of online gaming in the state. If it turns out there’s ample interest in the idea, then the study would turn into a bill that would be introduced into the Senate for approval. While any real approved online legislation is still a long ways off, it is another starting point for the state.

PENNSYLVANIA: Being right next door to New Jersey and seeing all of the hullabaloo that’s going on around the online legislation Christie has stirred up, Pennsylvania lawmakers are jumping onto the Internet gaming train quickly. Rep. Tina Davis has a plan that amends the Pennsylvania Gaming Act and would have current state gaming regulators oversee online gaming industry in the state. Davis also said the tax revenue from the online system would go toward the state lottery and the Property Tax Relief Fund.

In a public memo regarding her plans, Davis said, “It is imperative that we maintain the integrity of our gaming industry amid inevitable federal pre-emption and competing states.” This may be the start of an online poker domino effect, meaning that once one or two states start approving the legislation and raking in the revenue, other states will follow suit rapidly or will lose their potential revenue to competing states.

MISSISSIPPI: Since my last article, Mississippi has reintroduced another online gaming bill and, almost in the same breath, shot it down yet again. The bill suffered from the common “died in committee” disease. Maybe next time, Mississippi.

IVEYPOKER.COM: Since Phil Ivey has begun his training site, he has enlisted 28 well-known poker pros as instructors. These instructors, including Ivey, will provide video training for all members of the site. His goal is to make better poker players of people who are willing to learn. On Feb. 6, Iveypoker.com acquired leggopoker.com to utilize its mature poker instruction techniques and technology. This addition will be marketed as Ivey League, a subscription-based personalize training approach for individuals serious about getting better at the game.

CHRIS FERGUSON: Now that Rafe Furst and Howard Lederer have settled their civil lawsuits, Chris Ferguson has decided to talk with the DOJ. Here is the latest.

Until next time, good luck on the virtual felt.