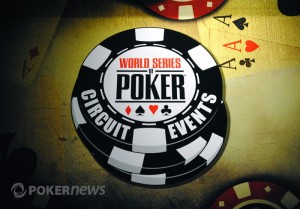 Poker rooms in Las Vegas always look to improve their offerings for the purposes of making players happy, and for attracting more of them. As such, tournament directors constantly review and tweak tournament schedules, structures, buy-ins and guarantees.

For some time now, Binion’s, the venerable downtown casino where the World Series of Poker was born, has hosted a popular 2 p.m. tournament on the weekends, usually attracting about 100 players. It had a $5K guarantee and one of the best structures around, 20K chips for $105, with levels going from 20 minutes to 30 minutes after the third level and blinds starting at 25-50.

Despite its popularity, tournament director Paul Campbell was not satisfied, so he recently upped the ante, and increased the guarantee to $10,000. Though the entry fee was raised to $125 for the same starting stack, all the additional money is going to the prize pool, and an additional level was added to the structure at 150-300.

The first weekend with the new format was right before New Year’s, and they had more than 150 players on Saturday and a first prize of more than $4,000. As usual, there was the familiar mix of local regulars and tourists in the field, not to mention yours truly, who inexplicably made an early exit. Even before Binion’s doubled the guarantee, the tournament would sometimes last past midnight, so if you play, be prepared for a long session if you plan on cashing.

Last issue, I discussed the new $200 Survivor tournament at the Venetian. After just two weeks, tournament director Tommy LaRosa did some tweaking based on feedback from players. Originally, the tournament had all 20-minute levels (12K chips). Venetian tournament players are used to blinds switching to 30 minutes after the third level and suggested the same format be used for this tournament.

LaRosa listened, even as he explained that this was a different type of tournament and that one of the goals was to have a tournament that didn’t last until the wee hours of the morning. Still, he found a way to compromise, and starting with the third week, the levels were switched to 30 minutes at Level 4.
The other change was starting the blinds at 50-100 instead of 25-50. Ninety-four players turned out, a little more than the previous two weeks. The Venetian is still interested in feedback, but it seems to have found the right structure.

• Texas Station, a popular locals casino in North Las Vegas, is trying to get back into the tournament business by starting with a low buy-in ($35 for 5K chips) tournament Friday nights at 7. Players can get extra starting chips for playing up to two hours of live poker before the tournament starts. Hot dogs will be served at the first break, and any tournament player can buy into a no-limit cash game afterward for $90 and receive $100 in chips.

• The Bellagio completed its WPT Doyle Brunson Five Diamond World Poker Classic on Dec. 9. Ravi Raghavan of Illinois outlasted more than 500 entrants in the main event to claim $1,268,571. Shawn Buchanan, the runner-up from Canada, took home a consolation prize of $746,502. It was quite a week for Raghavan. Just a few days earlier, he won the $2,500 event at the same venue, taking down $150,810. Raghavan started the final table as the short stack, and had to overcome a tough field that included Antonio Esfandiari, who busted fourth. Esfandiari was cheered on by his friend, Olympic champion Michael Phelps.

• The MGM Grand poker room happily rang in the New Year in its regular location. Construction of a new club at the property, Hakkasan, replacing Studio 54, caused the room to relocate back and forth several times during 2012, between its permanent location right near the Strip entrance to a less desirable location further inside the huge casino. Just in time for New Year’s Eve, the room settled back in its old, comfortable home permanently (or as permanent as anything is in Vegas). Hakkasan has yet to open, but when it does, sometime in the first quarter of the year, it is expected to bring plenty of tourists into the casino, and of course, the poker room, which should please the players.

Another room in Vegas has just relocated and expanded. Bally’s moved its heavily trafficked room from the center of the main casino toward the front of the property, just across from the Nosh Café, an inexpensive place for hungry poker players to get a sandwich. The new location is much more of a “room” than the old location, and has allowed them to add four more tables, bringing the total to 14. Bally’s has been a popular choice for $3-6 limit, $1-$2 no-limit and inexpensive tournaments four times daily, and figures to flourish in the new location.

• The opening of the newest Cantor Gaming poker room (the Palms was the first) at the Silverton in the south end of town has been delayed. It expects to open this month.

• Caesars Entertainment announced Bill’s Gambling Hall will close this month for remodeling. It will reopen with a new theme and a new name next year. This means its six-table poker room, popular for inexpensive tournaments and its 50-cent-$1 no-limit game, will close as well, as least temporarily. The plan is to have a poker room in the remodeled casino when it reopens.