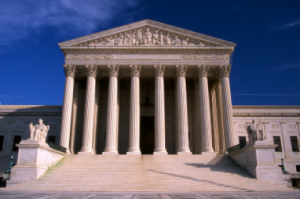 While the larger buy-in tournament scene hasn’t hit the Tampa Bay area, it hasn’t stopped the flurry of series brought to you by Tampa Hard Rock and Derby Lane. The two poker rooms with the largest capacity in the bay area (each with more than 45 tables), completed December series that saw players fly in from all over the country to participate.

The Hard Rock series was its third under the World Poker Tour Regional umbrella, and each of the 11 events had a minimum $10K guarantee.

Derby Lane took a different approach to the tournament season with its economical 12 Days of Christmas series. Buy-ins ranged $125-$450 and two player-appreciation tournaments where the rake was less than 5 percent of the buy-in.
With the addition of an all-in-or-fold tournament and a six-max event, the series drew large fields, including 300-plus players for each of the multiday events.

The tournaments also included prizes for high hands during select blind levels, including Ante Up Poker Cruise packages and seats in the main event, which drew 271 runners (including me). In the end, there was a three-way chop for $16K each, but Ilya Nicholas was declared the winner and earned his picture in Ante Up.

Derby is looking to start the tournament year off with a new “poker run” event that will be monthly multiday tournaments, where the winner each month will come back at the end of the year and play for a champion’s bracelet. With the addition of that on the Derby calendar, I’m sure it will continue its tournament series by itself or by hooking up with a tour.

CAR WINNER: Congratulations to Ron Trytek, who won a Fiat 500 as part of a One-Eyed Jacks poker room promotion at Sarasota Kennel Club.

12 Days of Xmas at Derby Lane