WSOPC returns to the Bike this month 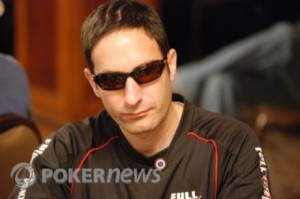 The World Series of Poker Circuit returns to Los Angeles this month at Bicycle Casino, where pro Freddy Deeb won the WSOPC main event in 2012 and was featured on our February cover.

There are 39 events making up the series, including 12 ring events. The series starts at noon Jan. 2 with a $345 no-limit hold’em $50K guarantee, but the first ring event begins at noon Jan. 3 with a $365 NLHE tournament.

Technically, you could say this series began weeks ago because the Bike has been running satellites since the beginning of November. The satellites will continue daily through the main event, which costs $1,675 on Jan. 12.

Though mostly NLHE events, typical of tournaments at the Bicycle Casino this series includes some twists. Three of the signature Quantum Reload events are included. Some events are re-entry, turbo, deepstack, bounty or short-handed.

If NLHE isn’t your cup of tea, there’s also Omaha/8-stud/8, H.O.R.S.E., limit hold’em and Omaha/8. There’s also a ladies event sponsored by the LIPS Tour and a freeroll for cash-game players meeting minimum time requirements where they can win entry into the main event.

Despite the main event starting Jan. 12, there are two more ring events and multiple other side events that run through Jan. 18. If you bust, there will be ample opportunity to make up for it.

COMMERCE: Things at Commerce Casino have been quiet in the couple of months since the L.A. Poker Open finished (you can find results at commercecasino.com). Now, keeping up the strong start to the year that was started by the WSOPC, the L.A. Poker Classic starts Jan. 15. The biggest tournament series outside of the WSOP is made up of nearly 70 events this year with almost every variation imaginable.

What should come as no surprise to anyone, tournament director Matt Savage has some interesting twists in some events. There are the NLHE Escalator Turbo events, where Level 1 is short, but each level increases in length from the previous one. There’s the all-in-or-fold events, with and without bounties. One of the big hits of last summer’s WSOP was the all-ante event, which will be replicated with the LAPC’s “Ante Up” event, where blinds stay the same for four or five levels but antes begin at Level 2.

In real-time adjustment to a recent online debate, there is a “30-second Shot Clock” event, too. Most interesting to me are the two Chinese Poker events. There’s regular Chinese Poker, and the new rage Open Face Chinese Poker. I may have to go check these out. You can get full details at commercecasino.com.