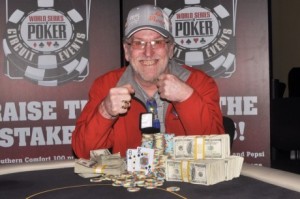 The Harry Reid-Jon Kyl online poker bill, known as the Internet Gambling Prohibition, Poker Consumer Protection and Strengthening UIGEA Act of 2012, made its rounds over the recent weeks and has found some pretty strong opposition around the country. The bill proposes the UIGEA be upheld when it comes to illegal online gambling, but with the one major exception being online poker. The bill calls for the federal government to allow online poker, but each state would need to “opt in” to the program through a voluntary legislative vote on the issue. If the vote passes by a majority then the government would tax the online operators 16 percent of their identifiable poker revenue, with 14 percent going to the state and 2 percent going to fund a proposed division of the Department of Commerce called the Office of Online Poker Oversight, which would oversee the online poker at a national level. If the states choose not to have a vote, then they would be considered “opted out” by default. The bill also calls for Nevada to be the possible service hub for the proposed legislation.

It didn’t take long for the detractors to come out of the woodwork. One of the first was the National Governors Association, which wrote a letter to the nation’s Senate and House leaders, stating this bill was an unnecessary pre-emption of state authority. The NGA’s main complaint was around restricting state revenue that came from gaming activities. In the letter, the NGA said, “States that authorize gaming in whatever form derive significant revenues critical to help fund programs for education, senior citizens, military veterans and other important services.” They see this bill as overstepping the federal government’s boundaries by usurping the authority given to states.

Another objection came from the Massachusetts treasurer and chairman of the Massachusetts State Lottery Commission Steven Grossman. He wrote a letter to Reid and Kyl about his strong objection to the proposed legislation, saying gaming should be under the jurisdiction of the states, as it always has been in the past. He even made an allegation that Reid was proposing this bill to gain an advantage for his home state of Nevada by writing that those in opposition “can only assume that the act is a blatant, unwarranted and inappropriate attempt to secure first-mover advantage in the online gaming space for Nevada interests.”

Shortly after Grossman submitted his letter, Arthur L. Gleason Jr., the president of the Kentucky Lottery Corp., sent a letter to U.S. Senate Minority Leader Mitch McConnell, R-Ky., asking him to vote against and oppose this legislation. He cited the same types of complaints the NGA and Grossman did by saying the states should be the ones to mandate what types of gambling, if any, should be allowed within their borders.

Not surprisingly, the only governor that has come out in favor of this legislation is Nevada’s Brian Sandoval, who wrote a letter to the Congressional leaders saying that since he had experience as the chairman of the Nevada Gaming Commission, he would be a good resource to help write this type of legislation. It’s unclear whether he’ll be involved in the process at this point.

NEVADA ONLINE UPDATE: The Nevada Gaming Commission has given MGM Online preliminary approval for its online poker-operating license. Final approval was scheduled by late November or early December. The NGC also recently approved three more operators for the state’s online poker infrastructure: Boyd Gaming, Golden Nugget and Fertitta Interactive. South Point Poker was supposed to be the first operator to go live within the state, but the NGC has pushed back the start date to this month or early 2013 because of system testing issues and negotiations between South Point and state officials.

IVEY POKER SITE: Phil Ivey has entered the ring of online poker training with iveypoker.com. He has signed four of the world’s best players to be instructors on the site along with himself. They are Patrik Antonius, Jennifer Harman, Cole South and World Series of Poker Main Event champion Greg Merson. Ivey said he wants to teach people how to play better. The site is up, but only allows people to sign up for a mailing list at this time. There is a banner that states the site is in its final stages of development and will be running soon.

FULL TILT BACK ONLINE: For non-U.S. players, the site is available for real money play and players can access their money and withdraw their funds or transfer them to PokerStars.com if they choose. In the United States, the DOJ still has not released the money to the players and it is still unknown when they will. But U.S. players can log on to the site and play free money games again.