Hollywood Poker Open is headed to the M Resort 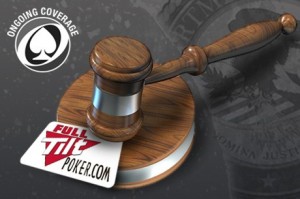 More information on the series can be found at hollywoodpokeropen.com, but we had a chance to chat about the HPO with Randy Kiefer, the poker manager at Hollywood Casino at Charles Town Races.

What can players expect at these regional series? At the regional events, you’re looking at some larger buy-ins than you’d normally see at regular tournaments, and of course prize pools. That’s what everybody goes to play poker tournaments for, an opportunity to get good value on their dollar and an opportunity to win a ton of money.

These regional events will run 7-14 days, depending on the market, with different buy-ins and structures. And the most important thing is there’s a lot of money to (win).

Aside from regional events, you’re giving players at smaller Penn National casinos, even ones that don’t normally offer poker, a chance to win their way to the national championship. Tell us about those opportunities. Poker is everywhere. It doesn’t matter what state, what city or town you go into, if there are casinos or not, poker is being played everywhere in this country. Some of our markets don’t have table games and/or poker, but there are poker players in those areas, so we just want to make sure we’re giving everybody an opportunity to come play the championship event.

The national championship event will be at the M Resort in Las Vegas while the World Series of Poker and several other tournament series are in town. It’s a $2,500 buy-in event with a $500K guarantee, and you’ll be announcing more details about it in the future. What can you tell us about it now? It’s a three-day event (June 28-30) and it’s going to give us an opportunity to show off our property at the M to players from around the country. … It’s also a chance for the players who are already there to check out our property and the Hollywood Poker Open Championship event.