Sabini on top of her game at Golden Gates 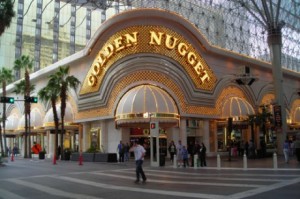 Motocross, mountaineering and much more: Carla Sabini always lived an active recreational life. It’s one of the reasons the Montreal native moved to Castle Rock, Colo., in 2003, though her accounting business remains in Montreal, so she commutes regularly between homes.

But in August 2009, Sabini’s outdoor escapades came to an abrupt halt. She fractured her back in four places in a horse-riding accident. Being holed up in her Castle Rock home during a long recovery period was making Sabini stir crazy, so her brother suggested she should try something to help her pass the time: poker.
“When we first played it at home, I was like, it’s not for me,” Sabini said. Regardless, her brother kept at her: “He said, ‘You have the right disposition for it. You’re very patient. You’re an accountant, so you’re good with math.’ So I tried it, and I really liked it.”

Flash forward to the Mile High Poker Open main event last month at the Golden Gates Casino in Black Hawk. Sabini was playing in the second-largest field (739 players) in Heartland Poker Tour history, a field that included superstar Greg “Fossilman” Raymer, among other notable pros and top-notch amateurs.
Of them all, only one player, Mike Harris of Newcastle, Wy., finished better than Sabini in the no-limit hold’em tournament, which had a prize pool of more than $1.1 million. Harris took the win and a payday of more than $245,000, but Sabini said she was “elated” to finish second and cash almost $140K.

Sabini’s achievement, which will be shown on national television as part of the HPT’s TV contract, rocketed her to second place all-time in HPT earnings for a female player. She trails only Mary Flurkey (from Golden). Flurkey, who got in the money by finishing 45th in this year’s event, has a little more than $150K in HPT earnings. Both women have finished second in HPT main events at the Golden Gates.

It’s hard to argue when Sabini calls herself a big longshot to have made the final table, much less take second place in such a competitive tournament.

She really hasn’t played that much poker against serious competition, she said, because she rarely gets a chance to play during tax season. When the big events get cranking in the summer and fall, she’s typically rusty. But she looked at the top of her game at Golden Gates.

One of her tricks was purposely avoiding looking at the payouts for the top-six finishers once she’d earned a seat at the final table. She peeked at sixth place so she knew she couldn’t do worse than $47K, but that’s it: “I didn’t want to go into a hand thinking this could be a $50,000 decision,” she said. “I didn’t want to know the difference; I wanted to play to win.”

She fell just short of that, going largely card dead once she was heads-up, missing flops and failing to push out Harris with aggressive raises. It was over in a flash, but Sabini was thrilled with her finish and the big payday.
Sabini also got a nice little education in poker variations outside NLHE by playing in a dealer-call-it cash game that included Raymer, and she acquitted herself impressively.

“It was anything but hold’ em,” Sabini said. “I’d never played razz, deuce-to-seven, any of those games, and they were talking circles around my head, but I still walked away $500 up. That was great.”