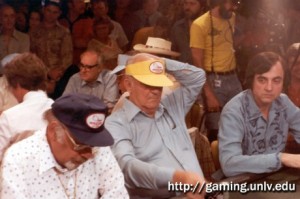 Agrace HospiceCare hosted the third annual Hold’em with Hellmuth celebrity poker event at the Alliant Energy Center in Madison on Aug. 18. The event featured 13-time World Series of Poker champion and Madison-native Phil Hellmuth, who emceed a night of entertainment and poker that generated nearly $80,000 for Agrace HospiceCare, which provides assistance to more than 600 area patients and families.

“Phil is a great guy; he’s a popular guy. I think he’s doing a great thing for the community, especially for the Hospice people,” Yang said. “I used to work in a nursing home, and I know what it’s like for a family to go through Hospice. It’s a passion of mine to support something like that.”

The winner was Keith Richley, who got to play against the Poker Brat. Meanwhile, the grand prize raffled off at the event, a $10,000 seat to the WSOP, went to Nicholas Blumenthal of Madison.

— Chad Holloway is Ante Up’s Wisconsin Ambassador. He’s a senior writer for PokerNews.com and a member of Team Blue Shark Optics. Email him at anteupchad@yahoo.com or follow him on Twitter @ChadAHolloway.