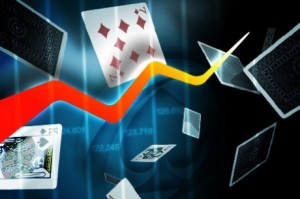 Strength. Positivity. Perseverance. These are the first attributes that came to my mind after speaking with bay-area poker player Ralph Franco.

Franco, who lives in Palm Harbor, Fla., epitomizes the phrase “running well.” Not only did he win his way into the World Series of Poker Main Event this year, but he cheated death to get there.

Franco, 74, has been playing poker his whole life, but recently started having trouble with his heart. At the beginning of the year he was told he needed open-heart surgery to repair the damage.

“I was in the hospital for eight weeks,” Franco said. And what did he miss most during those eight weeks? Poker.

Franco plays for a bay-area poker club at Tampa Bay Downs. Each week, his club gets together to play a tournament and the players get points depending on how they rank. At the end of the specified time period, they add up each player’s points and award a $12K WSOP prize package to the top-three players. If any of the players happen to cash in the main event, 30 percent goes back to the club for the others to split. It’s a great way for all of the players involved to get some excitement out of the WSOP.

This time around, the oldest player in the club, Franco, earned his spot at the top and was whisked away to Las Vegas to play in the biggest tournament of his life. This was Franco’s first WSOP, so he made sure to bring along his wife, son and grandchildren.

Franco played Day 1C, but that’s as far as he made it. When asked about his bust-out hand, Franco said, “I had A-Q on an A-Q-6 board. I bet out, my opponent raised me, and I got it all-in vs. his A-K. He rivered the king and that was it, but how can you be upset at that? My whole family was there and it was a vacation for us.”

That statement sums up Franco perfectly. He’s a family man first and a hell of a poker player, second. His energy is upbeat, his spirit is high, and his thoughts are on the important things. If life were a poker game, Ralph Franco would certainly be the King of Hearts.

WPT REBOUND: Derby Lane in St. Petersburg hosted another World Poker Tour Regional stop, this one dubbed the Rebound Series, July 7-15. Christy Pham captured the main event title and $46,069 after a deal was made. It attracted 122 players for a nearly $180K prize pool. Winners from all events are below.

• Hands for Hearts, a tournament to benefit the American Heart Association, will be at noon on Sept. 15 at Derby Lane. A $10K World Series of Poker Main Event seat, including airfare and hotel, is the top prize, and $5K in door prizes and an opportunity to win a car are also offered. Suggested donation is $195, with optional add-ons and rebuys offered through the first four levels. Call (727) 812-3339.

— Garrett Roth is the Ante Up Ambassador for Central Florida and the Where to Play editor. Email him at roth@anteupmagazine.com and follow him on Twitter @GarrettRoth.