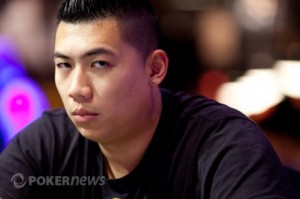 Earlier this year, 10 women were nominated for election into the Women in Poker Hall of Fame (WiPHoF), and two, JJ Liu and Kathy Raymond, were selected for induction.

Both Raymond and Liu will be inducted at a special WiPHoF dinner and ceremony on Aug. 31, 2012, at the Golden Nugget Casino Grand Ballroom in Las Vegas, coinciding with the kick-off event for the U.S. Ladies Poker Championship weekend. Linda Johnson, who was inducted into the Poker Hall of Fame last year, will serve as a special guest speaker.

The poker world is already quite familiar with Liu, a well known professional who has found success on the World Poker Tour and World Series of Poker, but Raymond may not be as familiar to the poker masses.

According to the WiPHoF website: “Kathy held every position that there is in poker during her 14 years at Foxwoods Casino in Connecticut. As Director of Poker Operations, she brought the WPT to Foxwoods. She left there and came to the Venetian Casino in Las Vegas and has turned that poker room into one of the premier rooms in poker. She is also an avid cash game poker player with her favorite game being H.O.R.S.E.”

Late last year, PokerNews talked to Raymond about the popular Venetian Deep Stack Extravaganza, and it quickly became apparent that she was a consummate professional within the poker industry. Raymond was kind enough to speak with PokerNews about her upcoming induction into the WiPHoF.

The list of nominees for this year’s wiPHoF was long and contained some pretty notable names. How does it feel to be one of only two selected?

To have been in the company of those women nominated this year for the wiPHoF was an honor in itself. When I was told of the actual induction I was absolutely thrilled. I have a passion for this industry, and to be recognized for my efforts over the past 20 years is such a rewarding feeling.

What has been the reaction of your family and friends upon learning that you would be inducted into the wiPHoF?

My family and friends are so excited. Most of them have been with me every step of my career. This wiPHoF induction is as much theirs as it is mine since I could never have achieved the goals that I set for myself without their support.

Do you have any plans to celebrate your induction into the wiPHoF?

My plans to celebrate the induction into the wiPHoF will begin spending that evening with my family and the many friends and acquaintances that have become my poker extended family. The celebration will culminate with the opening of the newly remodeled Venetian Poker Room in early September. That’s definitely a nice gift to be presented with. Timing is everything.

You’ve been in the poker industry for a long time, but can you give us a brief rundown from the start to your current role?

I started in the industry as a dealer back in 1992 at Foxwoods Casino in Connecticut. I dealt for only a short time before stepping into a supervisory role. I held every position that there is in poker from dealer coordinator to tournament director, from dealer trainer to director of poker operations. It was at Foxwoods that I initiated the first signing with the World Poker Tour and had the opportunity to be a part of the poker boom which brought the industry to a new level. When I left Foxwoods the poker room had over 100 tables.

In 2006, I was presented with the offer to come to Las Vegas and open the new Venetian Poker Room as the director of poker operations. In 2007, we launched the first Deep Stack Extravaganza tournament, which has set a new standard for poker tournaments in Las Vegas. I have an amazing team of dealers, support staff, tournament staff, supervisors and managers here at The Venetian and I have to say that this induction is in part theirs, as well.

Speaking of the Venetian, what are your duties as Director of Operations?

My duties as executive director of poker operations are diverse. I am very involved in the creative marketing and advertising aspect of the business, as well as the financial segment including budgeting, financial reporting and analysis. The “fun” part, however, is interacting with both my team and the patrons who frequent the Venetian Poker Room, many of whom I consider friends. Many of my workdays extend well beyond your typical 9 to 5 job, but then again most of my workdays are a lot more fun than your typical 9 to 5 job.

What are the biggest changes you’ve seen regarding poker rooms since your start in the industry?

One of the biggest changes that I have seen in the industry is the poker skill and talent that has emerged from poker players in all walks of life. It used to be that the recreational player didn’t stand a chance against the pros but with the availability of training materials, boot camps, and a multitude of other formats of poker education the playing field has leveled a bit. With the inception of televised hole cards, poker armchair quarterbacks emerged and poker became a sport versus a game of chance. Looking around most of your poker rooms today you will see a diversity of player profiles unlike anything we have seen in the past.

IWe understand that in addition to working in the poker industry you enjoy playing, as well. Where are some of your favorite places to play and what sort of games do you play?

I really do enjoy playing poker although I wish I had more time to spend doing so. Being originally from the East Coast I was brought up on 7-card stud and branched out to other limit games such as Omaha and limit hold’em. These are my favorite games to play and H.O.R.S.E. is my favorite tournament event. Although I do dabble in no-limit, I realize that this is not my forte. My favorite places to play are any card rooms with an “action” limit game going.

You placed 20th in Event #31: $1,500 H.O.R.S.E. at the 2009 WSOP. Looking over the list of players in that event, there was some stiff competition. Do you have any fond memories or interesting stories from that event?

The 2009 WSOP H.O.R.S.E. event was my very first World Series event. My initial intent was to have fun and enjoy seeing friends. With close to 800 in the field and some really big names participating, I did not even think about cashing, but by the end of Day, 1 I found myself with an above-average chip count and started to take the event more seriously.

Toward the end of Day 2, a number of dealers who dealt to me were also part of my team at the Venetian. I remember them being so nervous about possibly dealing me a bad beat. We laugh about it to this day. I went into Day 3 a little short-stacked and pretty exhausted. But the exhilaration of placing even 20th was a memory that will stay with me for a long time.

What are your goals in poker moving forward?

My goals in poker moving forward are pretty much the same as they have been throughout my career — to keep poker exciting and innovative. In a tough economy such as we are currently facing, players are very selective in their choice of poker venues. My goal is to provide the service and customer satisfaction that will continue to raise the bar in the poker industry.