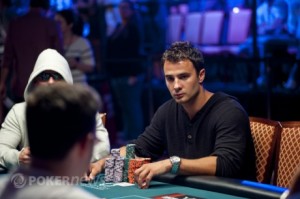 Backstrom earned a package of cash and prizes worth $4,500 in an event that featured 30K chips and began at American Legion Post 615 in Tinley Park on June 22-24, attracting 82 players.

The final-table broadcast begins Aug. 12 on networks across the nation, including Comcast SportsNet affiliates. Check local listings for dates and times or catch the episode online along with a broadcast schedule at windycitypokerchampionship.com .