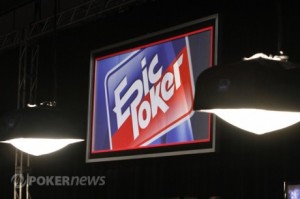 This year’s Heartland Poker Tour televised final table was action-packed at Majestic Star. Jerry Gumila, who made last year’s final table, started as the overwhelming chipleader.But it was Daniel Acevedo who came out on top, winning $133K after surviving an early all-in against Gumila.

Acevedo, from Belvidere, Ill., is a product developer who has aspirations to play professionally. Runner-up James Chestnut, an Internet pro from De Witt, Mich., won $75K. Dawn Sanders was only the third woman to make the televised final table at Majestic Star.
“It was a phenomenal experience,” said Sanders, who said this was her second Heartland Poker Tour event. “I am a rookie at this and all my opponents are very, very good. I’ve never played with people like this before.”

NO MORE FOUR WINDS: Four Winds Casino in New Buffalo closed its poker room on Memorial Day. In 2007, the WPT poker room was the first in the nation to open with all electronic PokerTek tables. Antonio Esfandiari flew in to play during the opening.

NEW ROOM IN AURORA: Hollywood Casino in Aurora recently opened a 15-table poker room. Its bad beat has been creeping up; it was at $198K at press time.