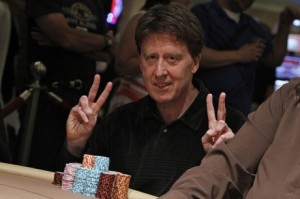 The 10 nominees for this year’s Women in Poker Hall of Fame class have been announced.

Voting will be done by existing hall members, Women in Poker Hall of Fame board members (except those nominated) and select media representatives though June 20.

The class will be enshrined during a dinner ceremony at the Golden Nugget in Las Vegas on Aug. 31.

For more information, visit the Women in Poker Hall of Fame website.

This year’s nominees in alphabetical order:

Debbie Burkhead – Poker Player /Industry Professional
Burkhead has a long list of cashes totaling more $170,000, including several World Series of Poker cashes. She has worked for Poker Digest and is now the national sales director of Poker Player Newspaper and a columnist.

Victoria Coren – Poker Player /Journalist
Coren made her mark winning the European Poker Championships, London in 2006 and has had an impressive career since then. She won the 5,000-euro No Limit Hold’em – Heads-Up at Monte-Carlo Casino EPT Grand Final, Monte Carlo in April.

Annie Duke – Poker Player / Author
Duke has a a World Series bracelet, a Tournament of Champions title and a National Heads Up Challenge title, and is an author and teacher.

Debra Giardina – Industry Professional
Giardina started her career more than 25 years ago and has held many different positions in poker. She was director of poker operations at Cantebury Park, Wynn Las Vegas and now the BestBet poker rooms in Jacksonville.

Karina Jett – Poker Player / Industry Professional
Jett won the He Said, She Said – Poker After Dark VI and took second place in the World Series Ladies Championship. She is the ambassador for the MGM Grand Poker Room in Las Vegas and sits on the WiPHoF Board.

Bonnie Leinhos – Poker Player / Industry Professional
A longtime event producer who created the Desert Poker Classic and Four Queens Poker Classic, Leinhos has been assistant tournament director for the World Series and Hall of Fame and coordinator for the World Poker Players and World Poker Industry conferences in Las Vegas. She has consulted for many online poker rooms and works with FaceUpGaming.com.

Isabel Mercier – Poker Player/ Industry Professional
Mercier’s total live tournament winnings have exceeded $1,200,000. She has been poker room manager at the Aviation Club de France, won the WPT Ladies Night, took second in the Masters Classic of Poker and has several large cashes in the EPT Circuit. She is a consultant for gambling giant BetClic.

Kathy Raymond – Industry Professional
Raymond held every position that there is in poker during her 14 years at Foxwoods Casino in Connecticut. As director of poker operations, she brought the WPT to Foxwoods. She left there for the Venetian Las Vegas and has turned that poker room into one of the premiere rooms in poker. She is an avid cash game poker player with her favorite game being HORSE.