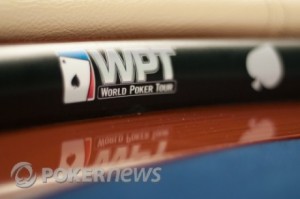 Day 3 of the $25,000 World Poker Tour World Championship concluded on Monday and another five 90-minute levels are in the books. Registration remained open until the start of Level 12, which allowed the field size to grow to 152 players. At the end of the day, 44 competitors remained and Curt Kohlberg finished on top of the counts.

Kohlberg bagged a whopping 918,300 in chips and will enter Day 4 well ahead of Nick Schulman in second place with 768,000. Both of them won key hands towards the end of the night that helped propel them into their finishing positions and Kohlberg made the first move. According to the WPT Live Updates Team, Kohlberg busted Isaac Haxton during Level 13 with the blinds at 2,000/4,000/400 to claim about 185,000 in chips.

After Tony Ruberto raised from middle position to 10,000, Kohlberg made the call. Haxton put in a three-bet to 36,000 from the small blind and action folded back around to Kohlberg. He moved all-in and Haxton called to put himself at risk. Haxton held pocket eights, which was ahead of Kohlberg’s

board, Kohlberg held the winning hand with an ace-high straight and sent Haxton to the rail.

Shortly after that, Schulman scooped in a big pot from start-of-the-day chip leader Michael “The Grinder” Mizrachi during the same level.

With the flop reading

, Mizrachi checked and Schulman fired 18,000. Behind him was Joseph Elpayaa and he called before Mizrachi check-raised to 38,000. Schulman thought, then called. Elpayaa folded and let the two players battle on the

turn. Mizrachi bet 45,000 and Schulman called. With the

landing on the river, Mizrachi checked. Schulman slid out a bet of 72,000, but Mizrachi met him with a check-raise to 145,000. Schulman scratched his head and thought for a minute, then made the call holding

Others who had thriving days on Monday were former WPT champions Guillaume Darcourt, Antonio Esfandiari, Rinat Bogdanov and Roberto. All four of them finished in the top 10.

On the flip side of the coin, Will “The Thrill” Failla, John Juanda, Justin Smith, John Hennigan, John Racener and Jason Mercier were all eliminated on the day. Also falling on the day was defending champion Scott Seiver.

Seiver got the last of his money in preflop holding

. The flop, turn or river couldn’t provide Seiver with the come-from-behind victory and he was eliminated, drowning the hopes of a back-to-back performance.

With registration closing on Day 3, the official prize pool and payouts were set for this year’s WPT World Championship. The 152 entrants generated a prize pool of $3,660,500 and the top 18 spots will all earn a cash. Finishing just into the money will guarantee a player $40,266, but they’re all gunning for the $1,196,858 first-place prize. Along with the top prize, the winner will receive an automatic entry to next year’s event.