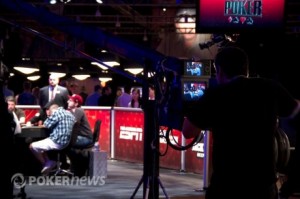 April was a good month for the Heartland Poker Tour and the Black Hawk casino that’s commonly provided its heartiest turnout: the Golden Gates, the top spot for tournament poker on the Front Range. Once again, the HPT main event at the Gates produced a record turnout, attracting 820 players and a $1.23 million prize pool. Jen Mastrud, general manager/PR director for the tour, said the event “exceeded all expectations.” At the same time, it also produced one heck of a feel-good story.

Not to take anything away from all the poker pros and young bucks who work hard to cash at the big-money tournaments, but there’s something awfully nice about the big winner being a longtime player from only an hour away, a retiree who first played poker in 1964 in his frat house at the Colorado School of Mines in nearby Golden.

Taking down the $270,905 top prize was 67-year-old Steen Ronlov, who lives in Westminster. A fairly regular tourney player at the Gates, Ronlov won the final hand when he flopped a flush to fit his

, a fitting catch for a man who loves playing suited connectors, even the one-gapped variety. It was 10 times more than anything Ronlov had won at an event, and he bested a competitive field that included such notables as Joe Sebok, Allen “Chainsaw” Kessler, Darvin Moon and Gavin Smith, along with several HPT champions.

Ronlov earned his seat on the second of two $180 satellites. Right after his victory, he and wife Cindy boarded a flight to Hawaii. The trip already was planned, but Ronlov admitted they went to a few nicer places than they likely would have if he wasn’t coming off the big win.

Still, Ronlov took it in stride: “It’s just my personality; I don’t get overly excited about life and things that happen. At my age, I’ve had a lot of things happen in my life. It was obviously the biggest tournament I’ve ever won, and it was cool, but my wife was more excited, I think, than I was.”

Ronlov, whose first name means “stone” in his native Denmark (he immigrated with his parents when he was 8), used that composure to his advantage in the HPT win. He didn’t get too low when he was short-stacked early in the tournament. He also didn’t get too high when he joined the final table with the lead, though he did crank up the aggressiveness to get heads-up with Coloradoan Michael McCloud. On the final hand, Ronlov got a little scare when a fourth club landed on the turn, but he got McCloud all-in with a pair of kings and no club, closing out the win.

McCloud earned $151,720 for his second-place finish. As for Ronlov, he didn’t mention any big plans for his money, except for one indulgence: He’ll use $10K to finally play the World Series of Poker Main Event in July.

— Rick Gershman is Ante Up’s Colorado Ambassador. You can email him at rickgershman@gmail.com.