Gaming expansion may be back on in Florida 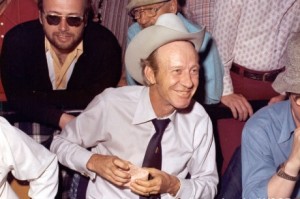 A recent case from the Florida Supreme Court has put Florida back on the radar screen for the next big push for gaming expansions. The context of the case, however, and the ruling likely mean the charge toward destination casinos will be short-lived in Florida and a shift will be made back to parimutuel cardrooms as the avenue for expanded gambling in the Sunshine State.

The case involved a number of South Florida parimutuel casino operators who sued the state, challenging the constitutionality of a law that passed in 2009, which would have allowed new parimutuel slot machine operations in Miami-Dade County.

While the focus of the litigation was the operation of slot machines at the recently reopened Hialeah Park, other parimutuel permit-holders in Miami-Dade County were beneficiaries of the 2009 legislative change.

By way of background, in 2005 voters in Broward County approved slot machines at parimutuel facilities in that county after an amendment to the Florida Constitution authorized the vote.

The 2009 amendment to the slot machine chapter amended the definition of the facilities eligible to conduct slot-machine gaming to read as follows:

This amendment, among other things, allowed Hialeah Park and other Miami-Dade permit-holders, which did not meet the original definition of “eligible facility,” to conduct slot-machine operations if it conducted live racing for two consecutive years.

The incumbent parimutuel operators, including Calder Race Course and Flagler Dog Track, sued, challenging the legislature’s authority to adopt such an amendment, and to protect what the First District Court of Appeal referred to as the appellant’s perceived “constitutionally-protected monopoly” over slot-machine gaming in Florida.

The basis of the claim was essentially that the Florida Legislature lost its authority to expand gambling by virtue of the 2004 constitutional amendment that authorized slot-machine gaming at the select parimutuel facilities in Dade and Broward counties. The trial court and District Court of Appeal ruled against these claims, finding that the Florida Legislature maintains its ability to decide where gambling is legal in Florida.

The ruling from Florida’s Supreme Court was essentially to let these rulings stand; affirming the Legislature’s authority.

While the short-term beneficiary is certainly Hialeah Park and its slot-machine operations, the ruling also de facto affirms the other provision that passed in 2009, authorizing other counties to conduct referenda for slot machines for their parimutuels.

The potential statewide effect of this ruling is starting to be felt as three other Florida counties have approved via referendum slot machines at their parimutuel facilities and more referenda are scheduled for November.

A non-binding opinion of the state’s anti-gambling attorney general is now the only barrier for Florida’s emergence as a top slot-machine gambling state.

Her opinion questioning the legitimacy of these referenda presents a final hill to climb for those rainbow chasers ready to invest billions in developing Florida’s gambling venues. However, the recent ruling from the Florida Supreme Court just made the pathway over that obstacle clearer with the pot of gold in sight.