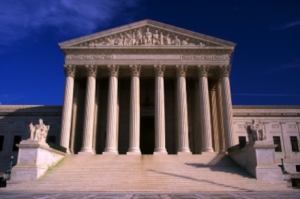 Josh Mancuso, the Borgata Winter Poker Open Main Event champ, started out as many poker players, in small home games with high school friends, and all around the time when Rounders hit the big screen. He then discovered online poker in 2001, playing small stakes SNGs on Paradise Poker.

From there his game progressed to more live poker at Harrah’s New Orleans and Biloxi when he was on break from school.
Soon after, he hit a bad-beat jackpot for $16,000, which allowed him to comfortably play $1-$2 NLHE online. It was then when he discovered his love for tournaments and started playing $55-$100 freezeouts during his first few years of law school.

In his third year of law school, he had a breakthrough $37K tournament win online. He eventually graduated in May 2008, but a few more really big scores persuaded him to play professionally and give up his legal career.

After Black Friday, Mancuso considered following friends abroad to play online, but instead he decided to live in New Orleans and grind the cash games, usually playing $2-$5 and $5-$10 NLHE and the occasional PLO game. Then a couple of recent final tables at the Beau Rivage gave him the confidence to fly to New Jersey for the Borgata series. The tournament was a re-entry event and he busted on Day 1A, which left him with the decision to fly home or re-enter on Day 1B. After talking with friends he decided to give it another shot, and he’s glad he did as he turned things around and navigated the field of 730-plus players to win more than a half-million dollars and the title.

Mancuso said the win felt “pretty surreal” as he got many texts and tweets from family and friends supporting him from afar. The win felt amazing, he said, and the validation was just as nice as the money he received for the victory. Getting this big win will propel Mancuso to the top ranks of the poker world.

KING OF THE RED: The Horseshoe in Bossier City will host an 18-event series this month (April 27-May 7) called the King of the Red Poker Series. The tournament series will be highlighted by a re-entry main event on May 4 at 11 a.m. that sports a buy-in of $1K. There also will be a Day 1B on May 5.

BOOMTOWN NEWS: The hold’em bad-beat jackpot at Boomtown New Orleans now requires four sixes beaten. The room also started a mini bad beat where aces full of jacks beaten by quads or better will win you 10 percent of the main bad beat (up to $5,000). And finally, the room has moved away from a timed rake and instituted a $3-max rake on all NLHE games.

— Matt Terral is the Ante Up Louisiana Ambassador. Email him at anteupmatt@gmail.com.