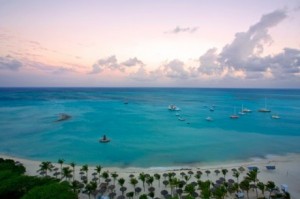 Every three months, Ho-Chunk Gaming Wisconsin Dells hosts a $220 bounty tournament that has proved to be one of the most popular events in south central Wisconsin. The latest tournament, which took place Feb. 19, drew 104 entrants and created a prize pool of $20,800.

Among the entrants were two “celebrity” bounties, local radio personality Johnny Danger and yours truly. We each had a $400 bounty on our head, which complemented the 10 mystery bounties spread throughout the field and made going going all-in a risky proposition. Danger’s pocket fives ran into a bigger pair and he was eliminated with around 40 players remaining. I managed to do a little better, but ultimately fell in 15th place, three spots shy of the money. In the end, it was Thomas Buss who would capture the title and $7,072.

— Chad Holloway is Ante Up’s Wisconsin Ambassador. He’s a senior writer for PokerNews.com and a member of Team Blue Shark Optics. Email him at anteupchad@yahoo.com or follow him on Twitter @ChadAHolloway.