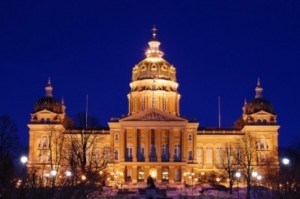 The story asserted that FS+G’s reorganization plans were rejected by the court, and provided specific numbers regarding how much money was owed to various creditors. The article also touched upon FS+G’s acquisition of the Heartland Poker Tour, which is reported to be sold for $2.95 million.

On Friday, FS+G responded to the story with a statement and reached out to PokerNews giving us the opportunity to speak with Jeffrey Pollack and CEO David Goldberg to obtain clarification.

“We’re not disputing those things that have been filed with the court,” Goldberg said regarding the $5 million the story said they owed, and the fact that FS+G had only $15,000 in cash at the time of filing. “The $45,000 budget that is listed in there is for, what I would call, Federated Sports + Gaming expenses. There’s a separate budget that sort of relates to all the Heartland Poker Tour expenses. That number is greater."

“We initially filed looking at a three-month budget,” Goldberg added, “but pulled that filing instead to go look at this on a month-to-month basis, so I think, unless I’m wrong, the figure they might have been throwing around was what was initially filed for a three-month budget. Instead, we started to look at this month-to-month because we think we that we will get resolution on our situation fairly soon . . . I think it’s safe to say we can resolve things in less than 90 days.”

In regard to the Heartland Poker Tour, Pollack revealed that money has been paid to the Heartland Poker Tour owners prior to the $1 million laid out in the CardPlayer article, which also claimed that the Epic Poker League’s fourth event and freeroll had been cancelled. “We have not cancelled them. What we have said is given the Chapter 11 filing and out attempt to reorganize, we can’t say when or if those events will be held,” Pollack said. “As part of the reorganization, it is our intention to finish out Season I. Whether or not that happens, or when that happens, remains to be seen.”

Finally, Goldberg turned his attention to the claim that a reorganization plan had been rejected by the bankruptcy court. “No plan has been rejected,” Goldberg said. “What we’ve submitted are motions; for instance, we submitted a motion to use the cash collateral for which we needed the agreement of our secure creditors. There has been no formal reorganization plan for the business that has been submitted, but we have submitted motions to the court, which have been approved with the agreement of our secure creditors. We have not submitted any motions or petitions that have been rejected.”

As far as a timeline is concerned, Goldberg concluded: “We will continue to submit various motions and petitions during this process. It’s a pretty real-time and fluid process, so I can’t say specifically when I think certain things will be filed and introduced, but I think . . . we expect it to be a reasonably quick process overall.”

Below is FS+G’s statement in its entirety:

Yesterday, Card Player published an article about the Federated Sports + Gaming Chapter 11 filing. This article is inaccurate. For example:

No one from FS+G was ever contacted by Card Player, prior to the publication of their article. Had we been contacted, we could have shared these facts.

We continue to be focused on finding a constructive way forward and will provide an update to the community about our progress — once we have substantive news to share.