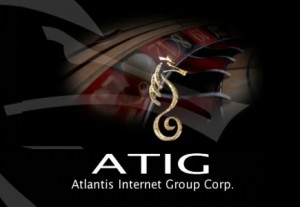 On Thursday, online gaming giant Zynga announced that it is launching a new proprietary platform at Zynga.com where users can find their favorite games without logging into Facebook. The new platform is expected to go live later this month and will feature five of its most popular games, including Zynga Poker.

For years, Zynga has relied on Facebook to accumulate users. The company boasts as many as 30 million users per month but gets more than 90 percent of its revenue from Facebook. Meanwhile, Zynga accounted for 12 percent of Facebook’s revenue last year, according to documents filed in conjunction with Facebook’s IPO. Those figures will change drastically now that Zynga has taken steps to separate itself from the social networking leader.

"It’s our hope that our Platform partners, and eventually anyone in the industry, can extend the reach of their games and connect to even more players on Zynga.com," said Zynga CEO Mark Pincus in a blog post on Thursday. "Later this year we’ll make our platform available for all social game developers through a Zynga API."

The extension from Facebook gives Zynga more financial independence and paves the way for the company to employ a real-money gaming platform. In January, a Zynga spokesperson said publicly that the company was in discussions with several partners about a shift into the real-money online gambling market.

Pincus said Wednesday at the Morgan Stanley Technology, Media & Telecom Conference that he sees the opportunity to integrate real money gambling into social games in the U.S. once regulation is in place. He added that the company may partner with a major casino company in the coming months.

"We’re definitely talking to all of the players that you would suspect," Pincus said. "We have incredible respect and admiration for brands and groups like the Wynn. I would expect that you’ll see a lot of these players kind of figure out their go-to-market partnerships for sure before the end of this year."

According to Dow Jones Newswire, Pincus added that real-money gaming would be a "natural fit" for Zynga.

Stay tuned to PokerNews.com as more on this story unfolds, and follow PokerNews on Twitter for up-to-the-minute news.

A world champ, an online circuit and a firing