L.A. is the place for poker tournaments 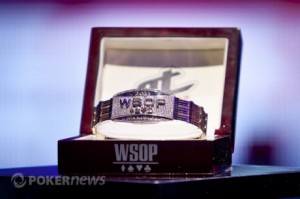 If tournament poker is your thing and you want to spend these cooler months in the warm climate of Southern California playing reasonable buy-in events, then Los Angeles is the place for you.

The 23rd annual Winnin’ o’ the Green series at the Bicycle Casino starts March 2 and runs until April 5 with buy-ins all around $75-$150.

Along with its fair share of hold’em events, there’s just about every variation of the game you can think of and the series is loaded with re-entry events. It also features Quantum Reload tournaments, which were invented by Bike tournament director Mo Fathipour.

For more on the Quantum tournaments, check out my column at anteupmagazine.com/california.

The event that kicks the series off will be the March 3-4 Celebrity/Pro-Am Knockout event, featuring World Poker Team players and a $30K first-place guarantee. For more info, go to thebike.com.

The Bike loves its tournament series. In case you forgot, it got things started with a bang this year as it hosted its first World Series of Poker Circuit event on New Year’s Day. It was a $345 no-limit hold’em re-entry event that boasted nearly 750 runners, a prize pool exceeding $215,000, including more than $44K for first. The WSOPC is certainly going to be a mainstay at the Bike for years to come.

As Ante Up goes to press, the Commerce Casino’s L.A. Poker Classic, which began Jan. 17, was wrapping up with the last of its 51 open events.

This series is probably the largest outside of the WSOP, including 37 events with buy-ins between $65 and $550.

One of the things that makes the LAPC so interesting is the games offered, including H.O.R.S.E., stud, stud/8, Omaha/8, PLO, deuce-to-seven triple draw and Chinese poker. Yes, Chinese poker.

If you’re still not pokered out after these series conclude, the Hustler Casino hosts Liz Flynt’s annual Spring Poker Classic from April 7-26. This series features affordable buy-ins and lots of no-limit hold’em.
So, if you find yourself in Southern California in the first quarter of any year, there’s no excuse in not finding a tournament to play. I hope to see you there.

— Dave Palm is Ante Up’s Los Angeles Ambassador. You can email him at LA.AnteUp@gmail.com.