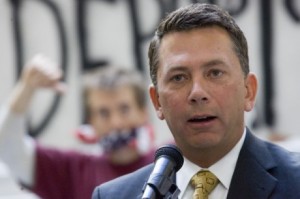 Action certainly isn’t lacking at Chumash Casino. It has a great variety of tournaments to choose from and recently added a new “All-In or Fold” for $15. Manager Ian Adams said he was hesitant about this type of tourney, but after continuous requests from the players he agreed to give it a try, and it has proved to be a huge success.

Chumash also added a Wednesday night tournament called Battle of the Sexes. It begins as two tournaments, one for the guys and one for the gals. When the field is down to the final five of each gender group, they combine and battle it out for the money. The winning player also receives a bonus for each of their gender mates who make the final table.

If you’re an early bird, you can take advantage of the daily tournaments starting at 10:15 a.m. with buy-ins ranging from $10-$80.

Evening tournaments run Monday-Thursday at 7 p.m. If you’re looking to play cash you can choose from $2-$4 and $3-$6 limit hold’em, $1-$2 and $2-$5 NLHE, and five-card Omaha is spread typically on Tuesday, Friday and Saturday.

Popular promos include splash pots and high-hand drawings that run at various times throughout the week.

About every six months, Chumash offers players a special tournament with a buy-in from $160-$240. These tournaments draw anywhere from 400-600 players and prize pools can reach $150K. The next big event is scheduled for April 28, with a $160 buy-in and a World Series of Poker Main Event seat awarded to the winner.

Because of the casino’s location in the heart of the central coast, don’t be surprised if you bump into famous actors, comedians and former main-event winners. Jerry Yang, Chris Moneymaker, Jamie Gold and the late Amir Vahedi are just a few players who have frequented the Chumash cardroom.

Eddy Ng of Oakland earned a WSOP package on Jan. 7 by beating 105 players (the event was sold out at 100 players with six alternates, including former champ world champ Yang).

Other recent WSOP package winners include David Eaker of Farmersville, Calif., who beat 86 runners, and Abel Barrera of Hanford, who outlasted 108 players.

— Leslie Pauls is the Ante Up Ambassador for Central California and pro poker player. Email her at anteupcali@gmail.com.