Blue Dog helps poker give back 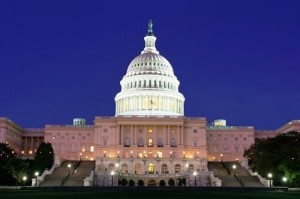 I really like my community, and I try to give back whenever possible. So when a friend asked if I’d play poker in a fundraiser for a little boy with cancer, I said, “Of course!” It was at this fundraiser that I met Beau Bautista and his crew from Blue Dog Events. Along with the outpouring of compassion (and cash) from our card-playing community, I was impressed with the way these guys handled the event.

The room was abuzz with enthusiasm and the poker was great. I attribute much of this to the way Bautista and his crew handled the 140 players and miscellaneous spectators.

The field was peppered with first-time players, a handful of seasoned vets and most of us somewhere in between. It was amazing to watch the interaction between all involved.

Seems like simple math, so, along with his full-time sales job, he started Blue Dog Events in late 2007. In his first full year, he put together 66 fundraisers, which raised a modest amount of money. Fast forward to 2011 and the total was 112 events that raised $1.3 million. His crew consists of 44 well-trained and personable dealers, and his partner, Sam Salem.

Bautista finds time to coach youth basketball (something he and I have in common) to help his two daughters pursue their many interests, one of which is raising money for charity. It’s refreshing to see someone from our poker community be such a positive role model and to reach out to those in need in these difficult economic times.
So which event has been the most successful?

“The Eastern Congo Initiative,” he said. With Ben Affleck as a key spokesman, it was a huge deal with the media. Not fazed by all of the attention, he keeps everything in perspective. When it comes to fundraising opportunities, Bautista said, “people are in need 24 hours a day. For us, it’s five hours of our time.”

As we talked further about the various charities I found him smiling a lot as he spoke. “I realize that what we do makes a difference,” he said.

THUNDER VALLEY: For those who missed the Fall Harvest Tournament Series at Thunder Valley Resort, check out the Sweet 16 tournament March 16-April 1. For more information, go to thundervalleyresort.com.

— Bret Miller is the Ante Up Ambassador for Northern California. Email him at anteupbret@gmail.com.